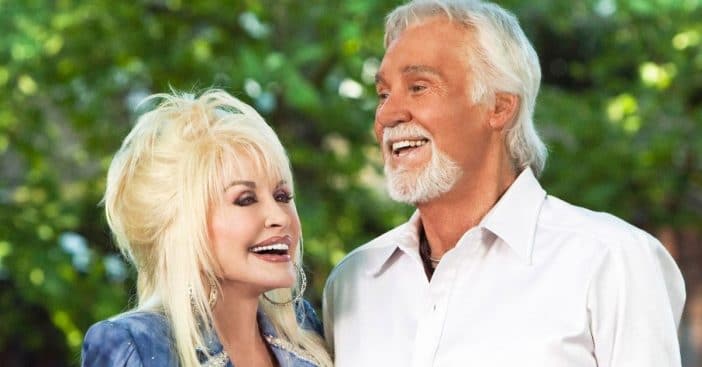 Sadly, music icon Kenny Rogers passed away in 2020. Before he died, he was able to perform one more duet with his friend and fellow icon Dolly Parton. In 2017, they performed “Islands in The Stream,” the song written by the Bee Gees and made famous by Marvin Gaye.

Dolly and Kenny’s version was a big hit too and reached No. 1 on the Billboard Hot 100. Kenny retired the same year in 2017. They performed at the show honoring his retirement from touring called Kenny Rogers: All In for The Gambler.

The show featured Reba McEntire, Lionel Richie, Chris Stapleton, and many more. The show is now available for all to watch on the streaming service Paramount+. When Kenny died in 2020, Dolly shared a tribute to her former duet partner.

She wrote, “I loved Kenny with all my heart. My heart is broken. A big ‘ole chunk of it has gone with him today. I think that I can speak for all his family, his friends and fans when I say that I will always love you.”

Kenny is definitely missed. Watch his final duet with Dolly Parton below: