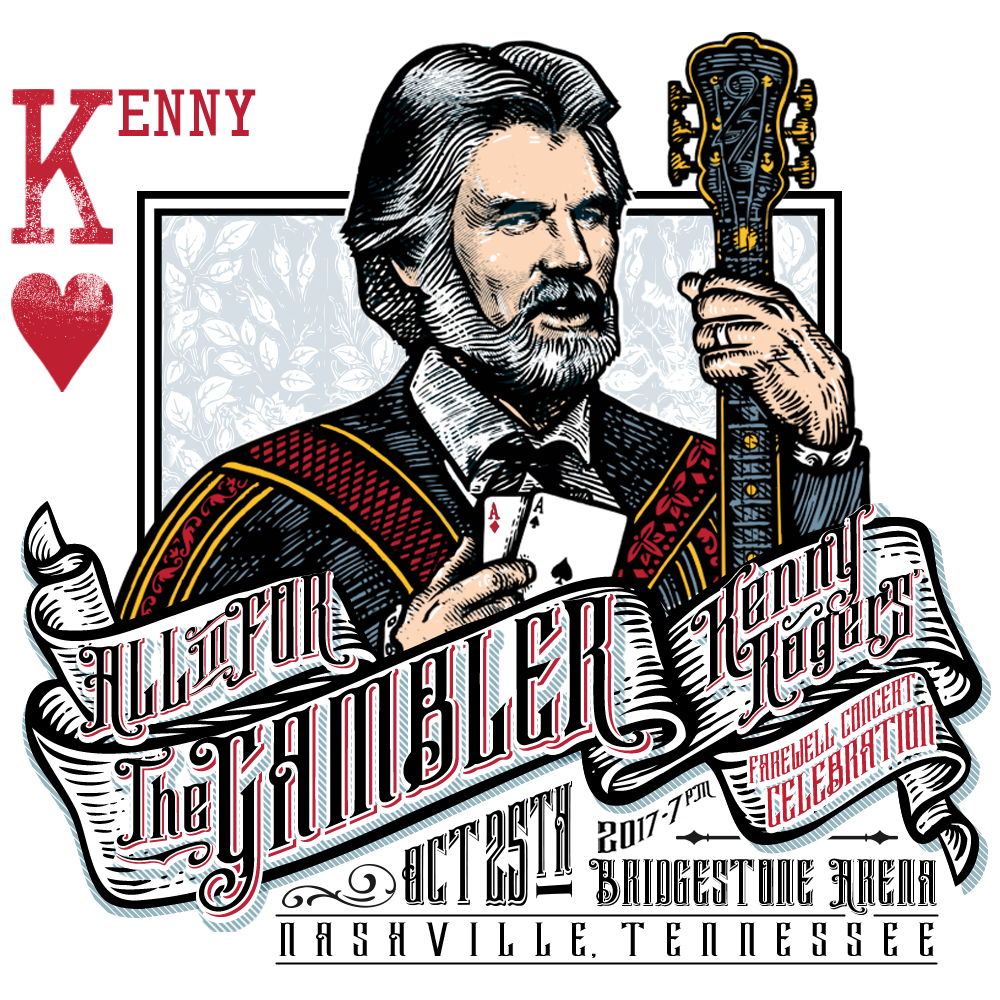 A day after Kenny Rogers’ induction into the Music City Walk of Fame on October 24, The Grammy winner and music icon is set to take the stage for a one night, all-star lineup concert and taping “All In For The Gambler: Kenny Rogers’ Farewell Concert Celebration” at Bridgestone Arena. We were very fortunate and had the opportunity to speak with the country music legend last week about his upcoming concert and retirement. In our interview with Kenny Rogers, he speaks about everything from gambling, spending time with his family & even answers some of our fan questions. Watch Our Full Interview With Kenny Rogers Below

For More Information About This Amazing Artist Continue Reading Below

“Kenny Rogers is one of the best storytellers in country music history, with one of the sweetest and most soulful voices,” Mayor Megan Barry said. “I’m so glad he’ll be able to join all the other amazing artists on the Music City Walk of Fame before he retires after nearly 60 years of making beautiful music.”

Rogers has sold more than 120 million albums worldwide, topped the charts for nearly six decades, famously been a duet partner with Dolly Parton, is a New York Times best-selling author, appeared in movies and participated in the historical USA For Africa recording of “We Are The World,” the multi-celebrity performance that raised millions of dollars for famine relief in Africa.

“A lifetime of friendship and I could not be more honored to be a part of Kenny’s Farewell Concert Celebration,” says Lionel Richie. “It’s going to be a special night.”

In Rogers’ nearly six decades on the charts, the Country Music Hall of Fame member and pop superstar has notched chart-topping songs, including “The Gambler,” “Lady,” “Islands In The Stream,” “Lucille,” “Coward of the County,” “She Believes In Me,” “Ruby, Don’t Take Your Love To Town,” “We’ve Got Tonight,” “Daytime Friends,” “Through The Years,” “Love Will Turn You Around,” “You Decorated My Life,” “Crazy,” “Every Time Two Fools Collide” and “Buy Me A Rose.”

This one-night-only concert event taping will bring together fans, friends and music icons to celebrate Kenny Rogers’ final farewell to Nashville. The event will be filmed and recorded for multi-platform distribution throughout traditional media (worldwide broadcast, music, and digital).

Congratulations Kenny Rogers. You’ve taken us “Through The Years” and “Decorated My Life” as well as countless others, and we thank so very much for that. Enjoy your retirement. All of us at www.doyouremember.com wish you the very best and a fond farewell.