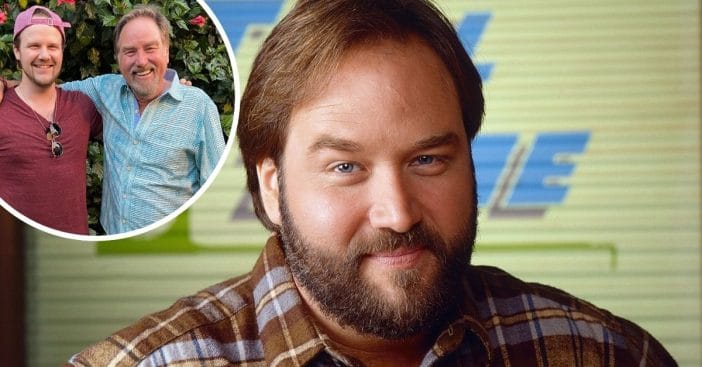 Richard Karn is best known for his role as Al in Home Improvement. He recently sparked some nostalgia when he reunited with his Home Improvement co-star Tim Allen for a new show. They are currently hosting a reality competition series called Assembly Required. Both actors have also expressed interest in a Home Improvement reboot.

However, today we are sharing a rare look into Richard’s personal life! He shared some lovely family photos to celebrate National Sons Day. His son is named Cooper and even appeared in one episode of Home Improvement in 1996. The episode is titled “I Was a Teenage Taylor.” Do you remember him?

Richard shared several photos to his Twitter account including his wife Tudi and son Cooper. Richard and Tudi have been married since 1985. He simply wrote, “#nationalsonsday… I love you buddy💕🙏” One photo features the family, including a dog, at Christmas. The other two show Richard and Cooper smiling big for the camera.

RELATED: Tim Allen And Richard Karn Open Up About A ‘Home Improvement’ Reboot

What do you think of his family photos? Did you celebrate National Sons Day on September 28th?

Click for next Article
Previous article: Tallulah Willis Tearfully Exposes Results Of ‘Botched’ Lip Injections From Her Past
Next Post: Lori Loughlin Set To Return To Acting After 2-Month Prison Sentence