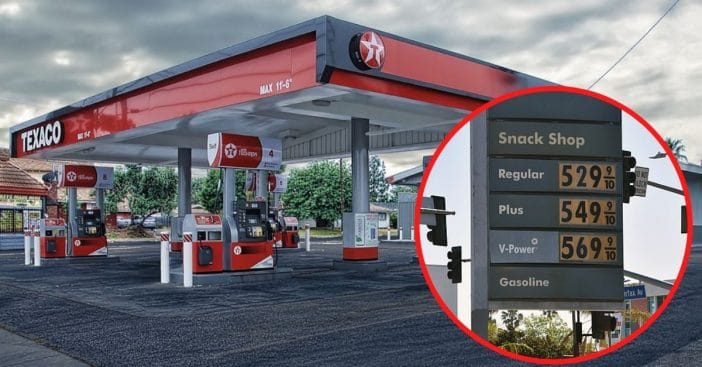 It’s no secret that gas prices have been on the rise in the last several months, and drivers traveling through California are now reacting to probably the most expensive gas prices they’ve seen in America thus far. Schlafer’s Auto Body & Repair, which is the only gas station in Mendocino, CA, charges $6.74 a gallon. The app GasBuddy has named this the highest price in the country since June.

For a little more background, the average price for gas in California is $4.39, which is over a dollar more than this time last year – on top of the national average, which is $3.20.

The most expensive gas in America goes to a Mendocino, CA gas station

One of two employees who works at the gas station spoke to Fox News on the rising gas prices, saying they simply have to charge that much. “Our volume is very low,” he said, noting the station has to purchase a $35,000 load in 10 days. “If we’re paying $4 a gallon for gas, if it’s not marked up, we’re not going to be able to pay for that.”

RELATED: Gas Stations Were Once Called ‘Service Stations’ For A Specific Reason

Despite the defense the employees make, it doesn’t stop people from shaking their heads at the climbing prices. “It’s tough, it’s hard for people,” one woman tells Fox News. “It’s hard for the elderly to afford.” Another says, “We’re on a fixed income so we don’t have money to spend like this.”

Hard to afford for both elderly and young adults

Bill Kemper is an avid traveler who’s been coming to Mendocino, and he thinks these gas prices are insane. “It’s crazy, it’s terrible, it’s not necessary,” he says. “I’m retired myself so I live on a fixed income. So these things matter to me and my generation… I worked hard like everybody else in my situation did to be able to retire, but if prices keep escalating like it is, it’s going to make it very difficult for everybody in California and in the country as well.”

It’s not only affecting the elderly, but younger adults as well. One woman tells Fox News, “We have kids in their 20s. It’s hard for them to go to the grocery store.” Only time will tell how the gas prices will continue – if they will rise, or hopefully drop a bit so it’s more affordable and reasonable for drivers.