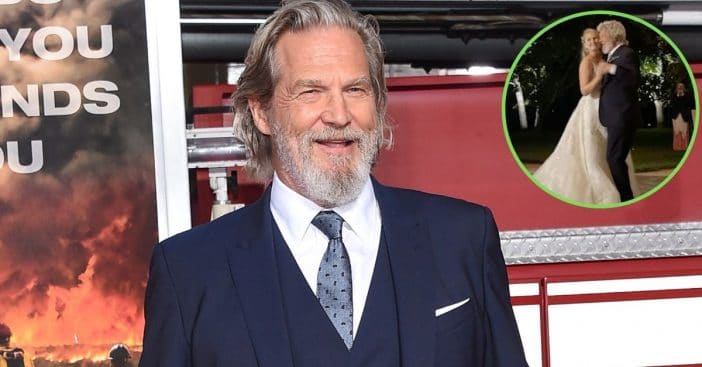 Jeff Bridges dances with his daughter after her wedding in the midst of his cancer battle and recovery. On top of his cancer recovery, he’s also been recovering from COVID-19! The 71-year-old actor released a new update recently on his recovery progress. It was after his COVID-19 diagnosis that he said he needed oxygen assistance while doing something as simple as walking.

However, he knew he wanted to push himself to meet a specific milestone by a specific time. “I had a goal—walking my daughter Hayley down the aisle,” he says in a post on his personal website. “She was getting married to a wonderful guy, Justin Shane. Thanks to Zach [Wermers, physical therapist] and my terrific medical team, I was able to, not only walk Hay down the aisle, but do the father/bride dance with her without oxygen.”

Jeff Bridges dances with his daughter without the assistance of oxygen!

He shared a heartwarming video of himself and his daughter Hayley dancing to Ray Charles’ “Ain’t That Love.” He also revealed in his post that his cancer is now in remission after some months of treatment. “The 9″ x 12″ mass has shrunk down to the size of a marble,” he reveals. He did say, however, that his bout with cancer was a “piece of cake” compared to what he’s been going through with COVID.

The actor had previously said that he had received a letter back on January 7th from his clinic where he had been receiving cancer treatment that he may have been exposed to COVID while there. “Soon after, my wife Sue and I share an ambulance to the ICU. We both got the ‘rona,” he says.

“Sue spends 5 days in the hospital. Me…? I’m there 5 weeks. The reason I’m there so long is because my immune system is shot from the chemo. My dance with COVID makes my cancer look like a piece of cake.”
In the latest update, he shares that getting vaccinated has helped improve his long-term symptoms. “COVID kicked my a– pretty good, but I’m double vaccinated and feeling much better now,” he says. “I heard that the vaccine can help folks with long haulers. Maybe that’s the cause of my quick improvement.”
Click for next Article