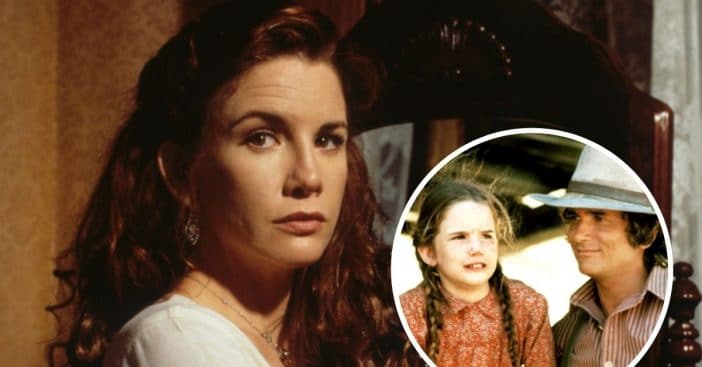 Melissa Gilbert says that the late Michael Landon visited her in her dreams. Melissa and Michael worked together on the popular show Little House on the Prairie. Melissa has often said that Michael was like a father to her not only on the show but in real life. Sadly, he died in 1991 of pancreatic cancer.

Melissa shared a throwback photo of the two of them. She wrote, “Dreamt last night that I was back on the set working with this phenomenal man. I’d say that I miss him but I was just with him in my dreams. Some folks say that when we dream of a loved one who has passed, it’s their way of visiting us. I’d like to believe that. #mypa #littlehouseontheprairie #seeyouinmydreams #indreams #halfpint”

Melissa Gilbert says Michael Landon visited her in her dreams

Michael was the one who pitched the idea of turning the beloved books into a series. He saw his 12-year-old daughter loving the books and pitched it to NBC as a show. He starred as Charles Ingalls and Melissa got the role of Laura. In real life, Melissa went to school with Michael’s daughter Leslie and Michael and Melissa found true friendship over the years.

Melissa’s son with her ex-husband Bruce Boxleitner is even named after Michael. Do you believe that people who have passed away visit us in our dreams sometimes?

Click for next Article
Previous article: 320-Square-Foot 1972 California Home Shows How Cute Cabin Life Can Be
Next Post: Jennifer Aniston Gets Teary-Eyed And Emotional In Sneak Peek Of Ellen’s Farewell Season