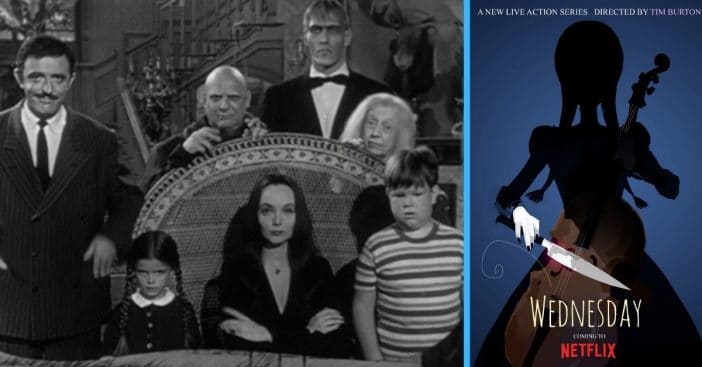 The cast list has been released for Tim Burton’s newest Wednesday Addams Netflix series. Actress Jenny Ortega will be playing the role of Wednesday Addams, while Catherine Zeta-Jones and Luis Guzmán were tapped to play Morticia and Gomez Addams.

Introducing the cast of the new Wednesday Addams series

A description of the show from the popular streaming service reads, “Wednesday attempts to master her emerging psychic ability, thwart a monstrous killing spree that has terrorized the local town, and solve the supernatural mystery that embroiled her parents 25 years ago — all while navigating her new and very tangled relationships at Nevermore.”

Netflix’s director of the original series Teddy Biaselli also praised showrunners Al Gough and Miles Millar. “We were struck, like an arrow from a crossbow, right in our hearts,” Biaselli said, also saying that they “nailed the tone, the spirit and the characters.” He continues, “We then got the call that visionary director and lifelong Addams Family fan Tim Burton wanted to make his television directorial debut with this series… “Tim has had a history of telling empowering stories about social outsiders like Edward Scissorhands, Lydia Deitz and Batman. And now, he brings his unique vision to Wednesday and her spooky classmates at Nevermore Academy.”

18-year-old Ortega has previously starred in multiple Netflix originals such as the second season of You and films Yes Day opposite Jennifer Garner and The Babysitter: Killer Queen.
Click for next Article
Previous article: ‘Fixer Upper’ Star Chip Gaines Goes Bald Following Charity Drive
Next Post: ‘The Wonder Years’ Reboot Gets Nostalgic With New ’60s Trailer