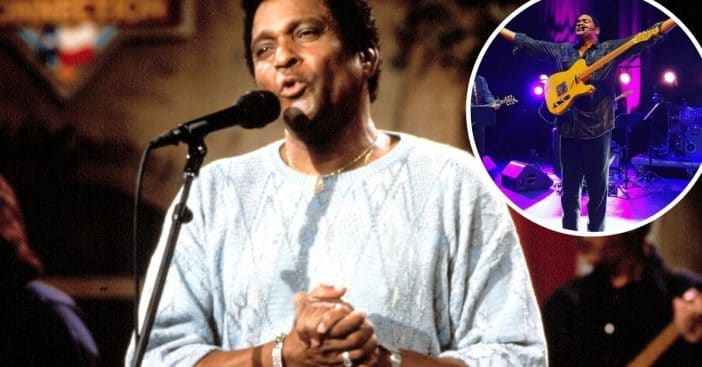 Music icon Charley Pride died last year from complications with COVID-19. He was 86 years old and had just received the Willie Nelson Lifetime Achievement Award a month before his death. His son, Dion Pride, said it is still tough to be in this world without his beloved dad. He opens up about what his dad was really like at home.

Dion said, “But there was nothing I didn’t say to him that I wanted to. We always said what we felt every time we talked to each other. So that part is comforting, but it was hard being with him through that month while he was in hospice. That was the toughest part.”

Dion Pride opens up about his late father

Dion also shared what the CMT special about his father means to him. It is called CMT GIANTS: Charley Pride. He said, “This is so very meaningful to my family. As proud as we are of all my dad’s accomplishments, this is just something that keeps him alive, so to speak. During the screening, I was glad the lights were off because I teared up several times.”

He added, “I don’t know if there are any words to really describe how powerful it was to see these people, with the stature of their careers and everything, come out of to honor my family and my dad.”

Dion followed in his father’s footsteps and is now a musician himself. He said he knew he wanted to become an artist from the time he was a little boy. He always asked his dad for advice. He shared, “So, I always picked his brain. And for the most part, my dad would basically say, ‘if you want the answers, here they are.’ And I took full advantage of that as much as I could. But truthfully, he never brought the stardom or fame part of his life home.”

Click for next Article
Previous article: More On Why Dog The Bounty Hunter’s Daughters Aren’t Coming To His Wedding
Next Post: Chevy Chase Still A Comedy Master In New Video About Losing “Cognitive Abilities”