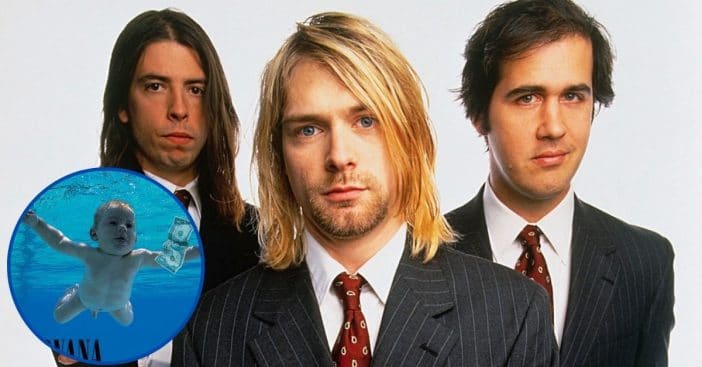 The famous baby from the album cover of Nirvana’s record Nevermind is all grown up and suing the band. 30-year-old Spencer Elden is suing the band for alleged sexual exploitation, citing that his parents never signed a release authorizing the use of his image.

“The images exposed Spencer’s intimate body part and lasciviously displayed Spencer’s genitals from the time he was an infant to the present day,” legal documents say, according to BBC. With this being said, however, non-sexualized photos of infants are not considered child pornography under US law.

Elden’s lawyer, Robert Y. Lewis, goes on to argue that the inclusion of the dollar bill on the album cover makes the minor “seem like a sex worker.” The legal case also states that Elden’s genitals were to be covered up with a sticker, which, as we all know, never happened.

RELATED: Fans Of Kurt Cobain Reflect On His Legacy On What Would’ve Been His 54th Birthday

Elden states that his “true identity and legal name are forever tied to the commercial sexual exploitation he experienced as a minor which has been distributed and sold worldwide from the time he was a baby to the present day.”

He has celebrated the album in the past, but has grown upset about it as he got older

He additionally claims that he “has suffered and will continue to suffer lifelong damages” including “extreme and permanent emotional distress” and “interference with his normal development and educational progress” and “medical and psychological treatment.”
Edlen is asking for at least $150,000 (£109,000) in damages from each of the 15 defendants, including surviving band members Dave Grohl and Krist Novoselic; the managers of Kurt Cobain’s estate; Cobain’s former wife Courtney Love; and photographer Kirk Weddle. However, despite this lawsuit, Elden has gone on to recreate the album cover on his own time for the album’s 10th, 20th, and 25th anniversaries. He goes on to tell Time Magazine in 2016 that he grew a bit upset about his notoriety as he grew older.

Being on Nirvana’s album cover has opened doors for him

“It’s hard not to get upset when you hear how much money was involved,” he says. “[When] I go to a baseball game and think about it: ‘Man, everybody at this baseball game has probably seen my little baby penis,’ I feel like I got part of my human rights revoked.”

However, he does acknowledge that the famous album cover photo has presented him with many opportunities he may have not received otherwise. “It’s always been a positive thing and opened doors for me,” he tells The Guardian six years ago. “I’m 23 now and an artist, and this story gave me an opportunity to work with Shepard Fairey for five years, which was an awesome experience. He is a huge music connoisseur: when he heard I was the Nirvana baby, he thought that was really cool.”
The album included massive Nirvana hits such as “Smells Like Teen Spirit,” “Come As You Are,” and “Lithium.” It would go on to sell 30 million copies worldwide.
Click for next Article
Previous article: How To Embrace And Maximize The Look Of Graying Hair
Next Post: Stop & Shop Surprises WWII Vet And Former Employee On 100th Birthday