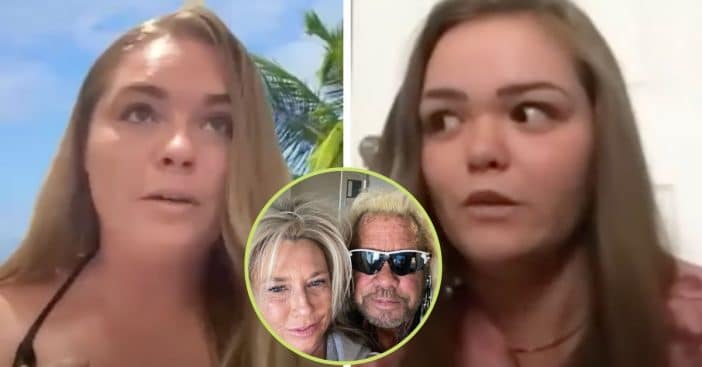 Dog the Bounty Hunter’s daughter, Bonnie, who voiced her support for the BLM movement, has allegedly caused a big family rift. This is what Bonnie claims, at least. However, Dog denies all of this, even calling his daughter “brainwashed.”

Bonnie tells TMZ that the rift allegedly began when Dog’s newest show Unleashed got canned and cut short this year. All of this has allegedly played a role in both Bonnie and step-sister Cecily not getting invited to Dog’s upcoming wedding with Francie Frane.

What has truly caused the rift in the family?

Everything came to a head over the weekend when Francie sent a text to Bonnie, alluding to Bonnie’s partnership with the network. Part of the text reads, “[L]et’s not beat around the bush, You & Cecily both know You haven’t been invited to the wedding because your (sic) living under the same roof with people who stabbed (him), robbed, lied, manipulated, smeared his name and tried to ruin his career.”

Bonnie goes on to claim that her dad got the boot for racial/homophobic epithets he allegedly used, which led to the company terminating its contract with him.

Dog has other ideas about what’s going on

Bonnie and Cecily are still working with the network on a show called The System, where they focus on racial injustice and the support of BLM. Both girls insist that this has made Dog pretty unhappy. Bonnie also says that her support of BLM is part of keeping her mom Beth’s legacy alive, as she always spoke up when she saw someone being wronged.

In terms of what Dog thinks, according to TMZ, he believes his daughters are being “groomed by unscrupulous former associates of his.” Dog apparently adds, “Please pray for Bonnie and Cecily to be released from whatever hold these people have on them,” then adding, “Despite the sadness, we feel at this rift in our family, Francie and I are looking forward to celebrating our wedding next week with the rest of our family and close friends.”