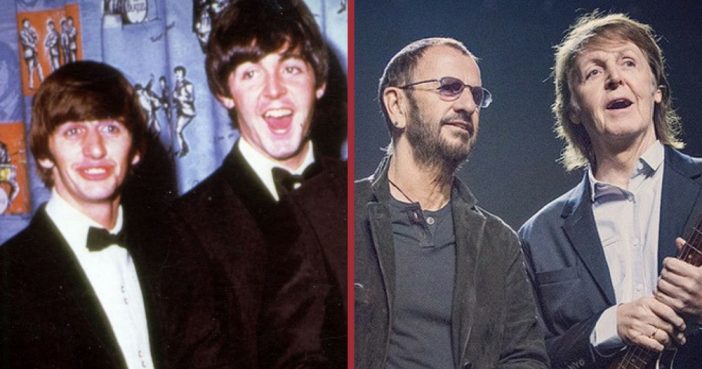 Ringo Starr has released a new single, “We’re On the Road Again,” with an all-star lineup: Paul McCartney reunites with his former drummer, alongside the Eagles’ Joe Walsh, Toto’s Steve Lukather, and Edgar Winter. Listen below, via Rolling Stone. Ringo’s new LP Give More Love arrives September 15 via uME. As previously reported, “We’re On the Road Again” is one of several Starr/McCartney collaborations to feature on the LP, whose bonus tracks include new renditions of “Photograph” and other songs.

Starr teased this Beatles reunion in February when he tweeted an adorable picture of himself and McCartney, writing, “Thanks for coming over man and playing Great bass. I love you man peace and love.”

Ringo Starr released the song “We’re on the Road Again” on Thursday — off his fortcoming album, Give More Love — featuring none other than his old bandmate, Paul McCartney!

Give More Love comes out on Sept. 15.

The Eagles’ Joe Walsh, Toto’s Steve Lukather, and Edgar Winter are also featured on the track. Take a listen to the rollicking anthem below.

Previous article: Since 1980, Two Brothers Meet Up To Take A Photo With Santa Every Year
Next Post: Remember ‘Honey, I Shrunk The Kids?’ This Is How The Cast Look Now