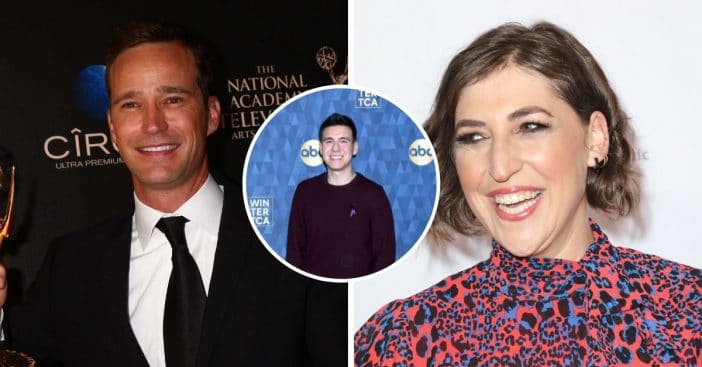 Jeopardy! fans were surprised when the show announced that they hired two new hosts to replace the late Alex Trebek. Executive producer Mike Richards will host the daily show while actress Mayim Bialik will host primetime specials and a spinoff series.

Former Jeopardy! champion James Holzhauer roasted the show on Twitter after the news broke. He tweeted, “Also new for next season: contestants can submit two Final Jeopardy responses in case the first one causes public backlash.”

He was referring to the news that Mike Richards was involved in past discrimination lawsuits when he was the producer on The Price Is Right. He said that allegations do not “reflect the reality of who I am,” and said that he was not involved in the decision to become the host of Jeopardy!

The decision-makers at Jeopardy! did not share that they would be considering two hosts prior to the announcement. Mayim also spoke out about the controversy on Twitter. She shared, “If you don’t like me as the new host of Jeopardy!, I’m sorry. I love LeVar Burton.”

She is referring to LeVar Burton lobbying to become the next host and admitting that he would be devasted if he wasn’t chosen. So far, he has not spoken out about the new hosts or the decision.

However, he did pin his previous tweet to his Twitter page that read, “I have said many times over these past weeks that no matter the outcome, I’ve won. The outpouring of love and support from family, friends, and fans alike has been incredible! If love is the ultimate blessing and I believe that it is, I am truly blessed beyond measure. 🙏🏾”

Are you happy with the new Jeopardy! hosts?

Click for next Article
Previous article: Lindsay Shookus Shows Off Birthmark And Empowering Message About What Defines Us
Next Post: Boston’s Skinniest Home, Built Out Of Sheer Spite, Listed For $1.2 Million