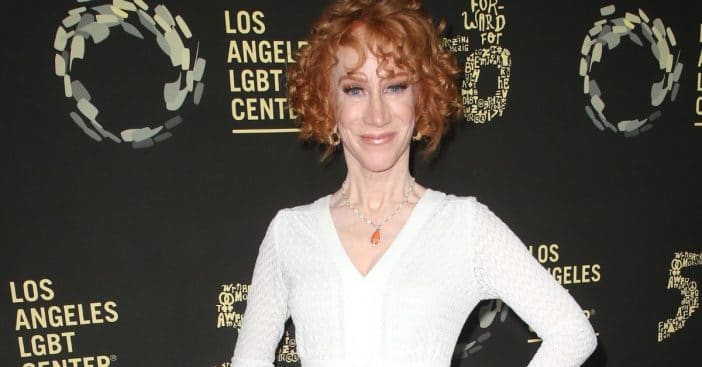 Award-winning comedian Kathy Griffin has had a turbulent past few years. Today at 60, she stirred a lot of controversy after a divisive photoshoot back in 2017. In the years since, she’s put up an aura of unrepentant confidence but recently opened up about the intense struggles behind the scenes.

In those years, that included pill addiction that fanned the flames of suicidal thoughts and actions. Now, she’s revealed, all that has come to a head with a recent diagnosis of stage one lung cancer.

Kathy Griffin opens up about mental struggles since 2017

After a highly controversial photoshoot back in 2017, Kathy Griffin faced backlash from the general public and potential employers and insurers. Outwardly, she owned it all, and even composed the show Laugh Your Head Off. When work slowed down, she then developed Kathy Griffin: A Hell of a Story. However, she actually had trouble selling the show; in fact, she specified, “nobody would even look at it.” She also had to pay for all of it herself.

During her Laugh Your Head Off tour, Griffin was introduced to pills. She reasoned, “Well, I don’t even drink… Big deal, I take a couple pills now and again, who doesn’t?” However, even then, there were warning signs. “It’s almost a joke, right, and by the way, someday, this will all be comedy. Trust me… I was laughing to stay alive,” Griffin revealed after explaining she thought her age would exempt her from harmful side effects. She was wrong.

It started with Provigil, a sleep aid, supplemented by Ambien, then painkillers. Griffin admitted the subsequent addiction “got out of control very rapidly.” Griffin is on the record saying she feels “if I can’t make others laugh, then there’s no purpose for me to live. There’s no reason for me to live.” The backlash from her photoshoot severely limited her opportunities to do just that. As a result, she felt an “impending doom” that got her “starting to think … it was time for me to go. And I was certainly being told by an awful lotta people it’s time for me to go.” That even included calling her sister’s hospital as her sibling battled cancer.

Now, Griffin too is facing a similar struggle. “I’ve got to tell you guys something. I have cancer,” she revealed via social media. I’m about to go into surgery to have half of my left lung removed. Yes, I have lung cancer even though I’ve never smoked!” She recently shared her surgery “went well, voiced her gratitude for the outpouring of support she received, and admitted feeling nervous to open up about her suicidal thoughts on Nightline.