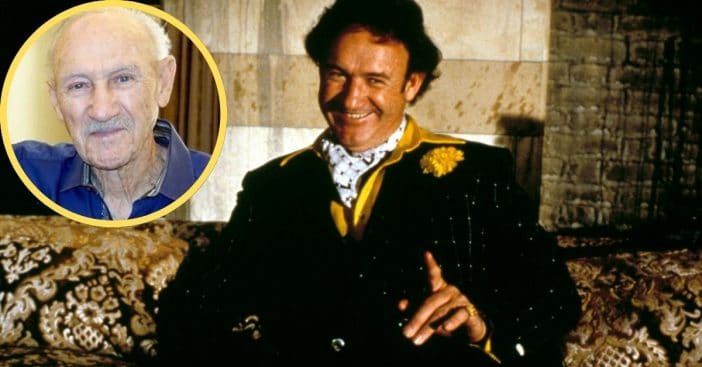 Gene Hackman sports a career spanning mediums, continents, and forms of service. All this is gilded by a Screen Actors Guild Award, two Academy Awards, and four Golden Globes. Many fans will remember him as the first cinematic face of Superman’s nemesis Lex Luther, too. He primarily retired from acting, triumphant, in 2004. Since then, he’s been out of the spotlight except for work as a novelist, edits of past films, and some narration.

However, a relatively recent photo has started circulating of Hackman, that acts as a kind of proof-of-life. Born in 1930, Hackman turned 91 as of this January. The photo seems to be from when he was 89 and reportedly he wanted to assure fans he’s still kicking after all these years of relative isolation.

I was informed that this pic is 2 years old, when he was a young, strapping 89 — 😁– and I can't edit the post, so I am adding this tweet to clarify. Still great that Mr. Hackman is alive and well, and has so many supportive fans.

“Gene Hackman retired from acting 17 years ago,” said writer and film historian James Neibaur on Twitter, “but had this recent pic taken to show he is alive and well at 91, and living in New Mexico. He goes bike riding every day and remains active and engaged with hobbies, and friends.”

The post went live onto Neibaur’s Twitter on August 2, accompanied by a close-up picture of Hackman smiling at the camera. An addition from Neibaur corrects that “this pic is 2 years old, when he was a young, strapping 89. He explained he wanted to provide the addition to clarify, but added it’s “Still great that Mr. Hackman is alive and well, and has so many supportive fans.”

Stepping down for some quiet time and health

During a 2004 interview with Larry King, Hackman revealed he had no more acting projects lined up and actually believed he was done with that line of work. In 2009, he explained to Empire that he retired because “The doctor advised me that my heart wasn’t in the kind of shape that I should be putting it under any stress.”

So, he and his wife, Betsy Arakawa, spent their days watching movies. Friday was traditionally comedy night, but overall, Hackman shared “We like simple stories that some of the little low-budget films manage to produce.” And, of course, any chance to watch the comedian Eddie Izzard was always welcome – but does Hackman have a flag? Maybe not, but he has a novel – several, in fact, written with his friend and neighbor Daniel Lenihan. Maybe when comedy Friday is over, check out Escape from Andersonville: A Novel of the Civil War, penned by an acting legend.