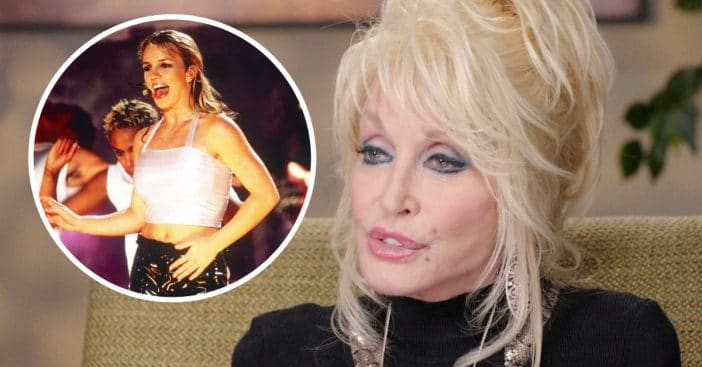 Dolly Parton shared her thoughts on Britney Spears and her conservatorship. Dolly said that she does understand a lot of what Britney is going through. She compared her situation to her lawsuit with Porter Wagoner early on in her career.

Dolly was asked about the #FreeBritney movement on Watch What Happens Live with Andy Cohen. Dolly said, “Well, I try to not get involved in other people’s business. I think she is a wonderful artist and I think she’s a wonderful girl. I only wish her the best. I understand all those crazy things. I went through a lot of that myself – through a big lawsuit in my early days with Porter Wagoner trying to get out on my own.”

She added, “I hope that all turns out the way that it should.” Porter sued Dolly in 1979 after she decided to leave his show and branch out on her own. Porter was not happy that Dolly wanted a solo career and sued her for $3 million, alleging a breach of contract. It was settled out of court and Dolly has remarked that she paid at least $1 million. Dolly wrote the song, “I Will Always Love You,” after leaving Porter’s show. The song was later made popular again by Whitney Houston.

In the interview, Dolly also revealed that she will appear on Grace and Frankie with her 9 to 5 co-stars and that she recorded a song with Reba McEntire. Very exciting!

Watch part of the interview below: