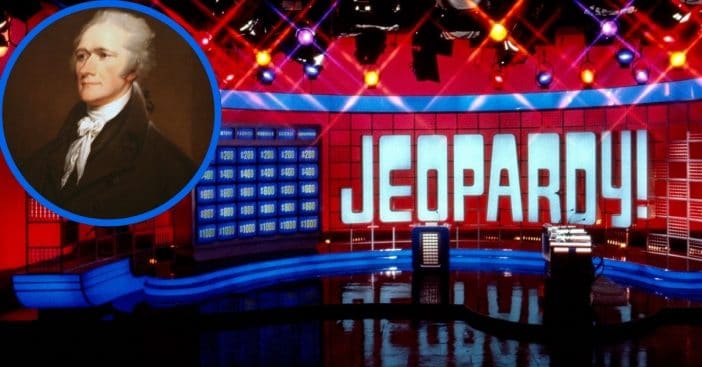 On this day in history… a very formative event took place, somewhere. At the beginning of the month, centuries ago the Founding Fathers solidified America‘s freedom. On the 20th, 1969, Neil Armstrong made one giant leap for mankind. And, as Jeopardy! noted in its On This Day in History trivia, the infamous duel between Alexander Hamilton and Aaron Burr fired off.

On Sunday, the official Instagram page for Jeopardy! shared a themed #OTD post themed all around the rivalry between Burr and Hamilton that culminated in a 1804 duel between the two. Outsider notes the show’s page heavily preluded this trivia with its previous post all about Broadway musicals based on opening lines. What did many people sing in the comments? “Alexander Hamilton.”

A historic musical tells it all

Some of the most compelling stories are the ones people don’t have to make up or dream. Broadway’s Hamilton follows the remarkable life of American Founding Father Alexander Hamilton, styled, as creator Lin-Manuel Miranda puts it, as a play about “America then, as told by America now.” Its popularity sold out shows and stayed relevant since 2015 that five years later, Disney+ started streaming a recording of the musical. That allowed a lot more viewers to respond to Jeopardy!‘s Saturday prompt, “Think you know your Broadway musicals? See if you can name them from just their opening numbers!”

Naturally, many people responded with lines from the opening number “Alexander Hamilton.” Perhaps expecting this, Jeopardy! ended up presenting the perfect setup to lead into its next post the following day. This time, it would be historical trivia that lined up with the date July 11, 1804, when he and his arch rival Aaron Burr engaged in a duel that would ultimately see Hamilton slain.

The following day, now that many Jeopardy! fans were put into a Hamilton mood, the gameshow page then posted trivia for On This Day in History. “Aaron Burr and Alexander Hamilton’s infamous duel took place #OTD in 1804,” the post reads. The photo, a closeup artistic rendering of Hamilton, further shares, “Aaron Burr and Alexander Hamilton were longtime political foes, but the final straw that led to their fatal duel in 1804 was a newspaper report of Hamilton uttering a “despicable opinion” of Burr.”

Though the two New York politicians would work together in some common ground, their rivalry began in 1791 when Burr won a United States Senate, beating Hamilton’s father-in-law and Federalist supporter Philip Schuyler. In contrast, Burr belonged to the Democratic-Republican party, who stood in opposition to Federalist policies.