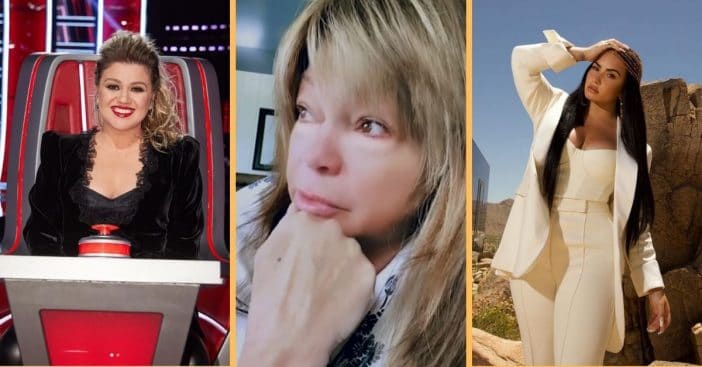 Recently, actress and chef Valerie Bertinelli took to Instagram to call out body shaming, the act of mocking or denouncing someone because of their body’s size or shape. This was in response to comments she received from a viewer last Thursday. Following her vulnerable message, celebrities and fans offered abundant support for her. Her supporters include Kelly Clarkson, Demi Lovato, her son Wolfgang, and more.

After a show viewer said Bertinelli needs to lose some weight, the TV personality responded with an emotional video where she said, “Someone… decided to point out that I needed to lose weight. Because see, I don’t have a scale or I don’t have clothes that I’m trying to put on every day, and I don’t have mirrors, so I don’t see what’s become of me.”

Bertinelli denounced the viewer’s comment as “not being helpful” and concluded “I don’t want to feel shame all the time for having extra weight on my body — and I don’t think I should be made to feel shameful. Because I am still a lovable, kind person, no matter what I weigh.” In response to this viral announcement, other celebrities voiced their support for Bertinelli and the sentiment behind her message.

The Kitchen co-host Sunny Anderson assured, “I feel like cursing, but I won’t…publicly,” and added the sage advice, “Just know your insides count, everyone… your INSIDES.”

True power is recognizing the projection of others negativity & punching it square n the face w/all the positive, remarkable, intelligent, beautiful light that seeps from ur pores. Pity people that speak ill of others because while some of us r dancing, the others r too afraid. https://t.co/X03QKyFzIc

Singer Kelly Clarkson remains a steadfast supporter of Bertinelli, the two both fighting in the same corner against body shaming. When Bertinelli responded to a previous comment reading “Awww, so chubby,” Clarkson added, “True power is recognizing the projection of others negatively & punching it square [in] the face w/all the positive, remarkable, intelligent, beautiful light that seeps from [your] pores. Pity people that speak ill of others because while some of us [are] dancing, the others [are] too afraid.”

Her response rejuvenated the discussion on body shaming

Fellow chef and host of The Pioneer Woman, Ree Drummond, also saw Bertinelli’s inspiring video and commented, “Beautiful Valerie, you inspire, you encourage, and you make people feel like everything is good and right.” She was joined by Demi Lovato who, like Clarkson, had to respond to comments about her appearance in the past and navigate how she sees herself. Lovato commented, “I love you. You said it yourself, you’re already enough… I’m sorry you had to deal [with] this. Here for you always,” ending with praying hands and two hearts swirling together – perhaps both of theirs united against hurtful comments.

Finally, and fittingly since her Instagram handle is @wolfiesmom, her son Wolfgang “Wolfie” Van Halen, replied succinctly, “You’re perfect the way you are, Ma. I love you.”

Wolfie is Bertinelli’s son with the late guitar legend Eddie Van Halen and has had 30 years and counting with Bertinelli inspiring him with messages such as these. He also offered to bombard the viewer with posts likely mocking their stance and words to his mother. What do you think of the comments made and responses to them?