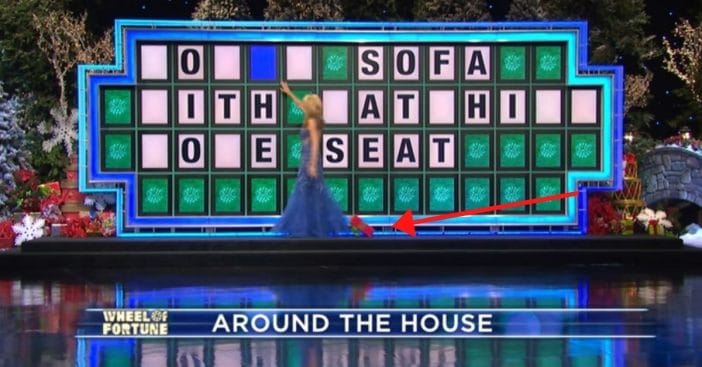 When watching a production unfold from an outside perspective, it’s easy to assume all that happens was intended. But there’s one Wheel of Fortune blooper Vanna White was all too aware of and says she’ll always remember.

All this is in spite of the fact that many viewers likely never realized a mixup occurred. That, in turn, is mainly thanks to White’s cool nerve and nonchalance as she worked to keep things running smoothly. Just what happened?

Vanna White worked through a near ‘Wheel of Fortune’ blooper

On December 13, 1982, Vanna White became a regular hostess on Wheel of Fortune after joining the ranks of Vicki McCarty and Summer Bartholomew as substitutes to Susan Stafford. Since then, she’s seen the show change in big and small ways, including the technical aspects. For instance, today, the board of letters is computerized and will change automatically. But originally, White had to manually turn actual blocks to reveal letters.

RELATED: Vanna White Opens Up About Finding Happiness After Heartbreak

It’s a good thing this particular Wheel of Fortune blooper did not happen back then. Instead, the board was computerized during this special Christmas episode, according to Yahoo. One of her unique, flowing dresses caught on one of the decorations framing the board. Because the decoration was so light, White had no idea she was dragging the decoration back and forth across the stage.

Able to look back with good humor

“I’m pulling it back and forth as I’m walking, turning letters on the puzzle board,” White recalled. “It’s the craziest thing. I didn’t even know it was attached, which was even funnier … I’ll never forget that.”

Remarkably, no one commented on the incident, and in the video below, White can only be seen casting the box a quick glance before continuing with the game. This would be far from her most eventful Christmas with the show, as in 2019 she hosted Wheel of Fortune by herself during Pat Sajak’s emergency surgery. Who knows what other goofs happened, overlooked, throughout the show?