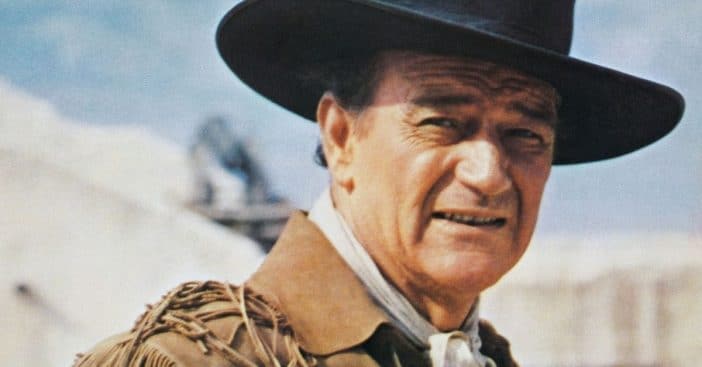 By July 4, 1776, the Continental Congress passed the Declaration of Independence, solidifying the American colonies’ separation from British rule. Today, Americans use the holiday to reflect on just how we got there, and John Wayne once outlined his views on an important part of modern American life, the Pledge of Allegiance.

The Duke reflects on America, why I love her

Before audiobooks, musicians dabbled in the art known as a spoken word album, a recording of material that is not sang – though can often have some sort of subtle rhythm or musicality to it, not unlike poetry. Wayne released one such album of his own in the early 1970s that bears particular importance for Independence Day.

RELATED: Basic American Flag Etiquette To Know For The 4th Of July

The tracks are derived from patriotic poetry penned by actor John Mitchum. Of his work, Wayne would admit, “John Mitchum thinks like I think and writes like I wish I could.” That is why he was drawn to it, so his recorded audio of it might spark “a little bit of rapport between everybody in our country.”

From around when they start school, Americans learn the solemn vow with hand over heart, gaze to the flag. They recite words with roots reaching back to 1885 courtesy of Civil War veteran Colonel George Balch, with additions made to reflect changing times.

In the views of John Wayne, the Pledge of Allegiance is an important “thank you” to what he called “a land forged by hot steel of courage” where “freedom of worship is a cornerstone of her being… A land graced with temples and churches, synagogues and altars that rise in profusion to embrace all the religions of the world.”

Wayne titled the eighth track of America, Why I Love Her after the Pledge of Allegiance exactly and uses the words of Mitchum to express gratitude to the country where “freedom of choice is the guide for all.”

The full recitation reads as follows:

“I pledge allegiance to the flag”

What do those words mean to you?

To me they say, “Thank you, America, for your strength

Your courage and for our freedom…

Which has been a beacon to the world for two hundred years.”

“Of the United States of America”

Whose bright stars are fifty states…

Each bearing its own stamp of individuality.

People who have come to her from all corners of the earth.

“And to the republic for which it stands”

That allows no man to become a tyrant…

And lets no group prevail… If their power is not tempered

With a real concern for the governed…

Where the ballot box is the sword… And the people its wielder.

“One nation under God”

A land graced with temples and churches, synagogues and altars…

That rise in profusion to embrace all the religions of the world.

A land forged by the hot steel of raw courage…

And formed forever… By the awful crucible of civil war.

A land brimming with opportunity…

Where freedom of choice is the guide for all.

The courts of our land are open to all.

Its wheels of justice grind for all causes… All people.

And they temper their reasoning with mercy…

Listen below to hear it in the Duke’s voice.