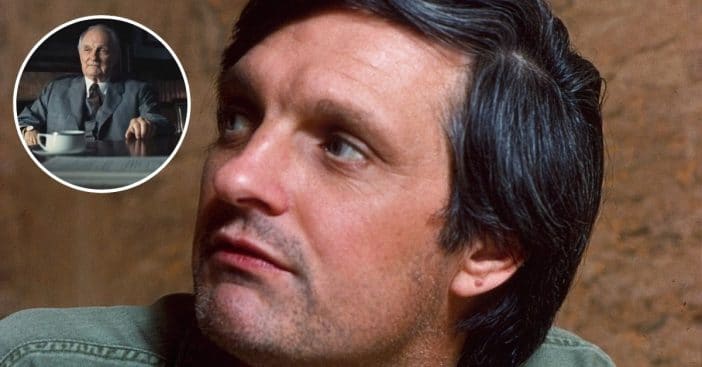 While Alan Alda may be best known for his role in M*A*S*H, he certainly isn’t defined by it. He went on to star in The West Wing, 30 Rock, and many other television shows and films over the years. At 85 years old, he continues to act and has a podcast, even while dealing with Parkinson’s disease. Now though, he can be picky and only choose projects he enjoys!

A few years ago, he opened up about why he still wants to continue working and how he picks the best projects. He said, “Number one, it has to sound like fun. And it has to seem like it will be a challenge because I don’t want to keep doing what I’ve done before. It’s like walking a high wire between two buildings and seeing if you can keep from falling off.”

Alan Alda on how he only chooses roles he enjoys

He continued, “It doesn’t always have to be in front of a lot of people. I’ve gotten as much of a kick out of performing in a small theater before a couple of hundred people as 20 million on TV or in a movie.”

RELATED: Whatever Happened To Alan Alda, Hawkeye Pierce From ‘M*A*S*H?’

Alan hasn’t always just stuck to acting and podcasting. He has written and directed in Hollywood and achieved success in both comedic and dramatic roles. Alan won six Emmys, five from M*A*S*H, and one for The West Wing. He also earned an Oscar nomination for his role in the film The Aviator.

He hopes to prove to people that even a diagnosis like Parkinson’s doesn’t mean that your life is over and you can keep working. In conclusion, listen to one of Alan’s podcast episodes with another DYR favorite, Goldie Hawn, below:

Click for next Article
Previous article: John Stamos’ Favorite Meal At Disney World Is Kind Of Surprising
Next Post: Kelly Clarkson Performs “God Only Knows” With Some Very Special Guests