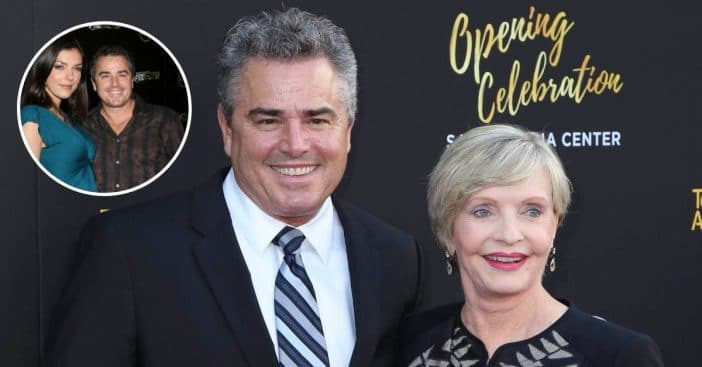 Before her death in 2016, Florence Henderson remained very close with the cast of The Brady Bunch. She likely cared about the kids who played her children like they were her own. Just like any kind of parent-child relationship, she didn’t always get along with all of her former co-stars. For instance, it wasn’t received warmly when she made some comments about Christopher Knight’s marriage.

Christopher played Peter Brady on the series. Christopher met Adrianne Curry on the show The Surreal Life. He started dating the former America’s Next Top Model winner and they got married. They had a 24 year age difference and Florence wasn’t sure if it was real love or something for fame. She reportedly questioned the sincerity of the marriage.

Of course, this was Christopher’s wife so he wasn’t too happy about any negative comments about their marriage! Back in 2009, Susan Olsen, who played Cindy Brady, commented on the reported feud between Florence and Christopher.

RELATED: Florence Henderson Said It Wasn’t Always Easy To Work With The Kids On ‘The Brady Bunch’

Susan said, “I think Florence and Chris have patched things up. That’s one of those situations where I saw it from afar, then I got close to it and it was like, ‘Oh, wow. You really took that seriously?’ Then I thought about it and I said, ‘Well, I don’t think Florence meant it seriously.’ And, um, I think that you know, I understand Chris – that’s his wife. He can’t stand for having her bad-mouthed.”

It seems that Florence and Christopher patched things up before her passing. Christopher and Adrianne also got divorced in 2013, after filming a show called My Fair Brady. What did you think about their relationship?