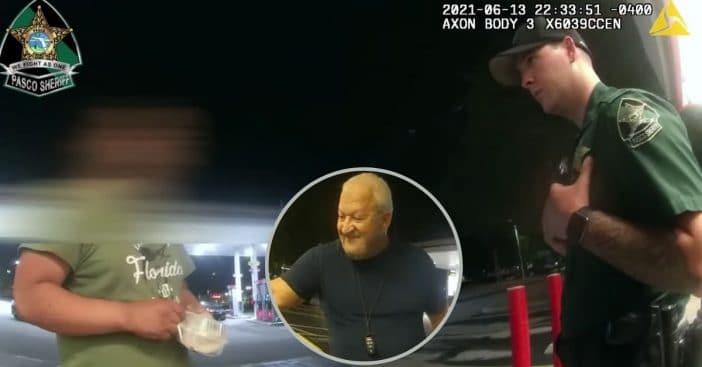 Florida deputies were seen buying shoes and food for a man in need after they were called on a loitering complaint. The man was seen behind a gas station in Tampa, FL, presumably loitering, when the deputies were called to escort the man off the premises.

“The original call was for someone who was loitering behind the gas station. But in talking with the subject they noticed he was not wearing any shoes,” says Amanda Hunter, the public information manager for the sheriff’s office.

“You got shoes and you got food,” the deputy said. “Now, you good?” The bodycam footage was posted to Facebook and has since received over 31,000 views.

“We fight as one”

“This is not an uncommon story for deputies. It’s not one we really talk about enough, but this is very common for the Pasco sheriff’s office,” Hunter said. “We serve all citizens no matter their conditions or anything like that. The deputy mentioned in the video, ‘No human being should go without shoes.’ It was just a no-brainer. The deputy saw this person with no shoes and didn’t even think twice about heading to the store to grab him some.”

Hunter says that the motto at their police station is “we fight as one.” She continues, “That’s us fighting together with the community to make a better Pasco… I can’t speak for every law enforcement officer across the country, but I can tell you that an overwhelming majority of our people are in this job to help people. Whether that be on a call for service in a domestic violence situation or as you see in this video just helping someone out with a quick meal and some shoes. Deputies at our agency get involved in this career because they have a deep desire to help people.”

See the heartwarming video below:
Click for next Article
Previous article: No One Actually Knows About The Most Important ‘Andy Griffith Show’ Member
Next Post: ‘Wheel Of Fortune’ Contestant’s Answer Leaves Viewers Reeling For All The Wrong Reasons