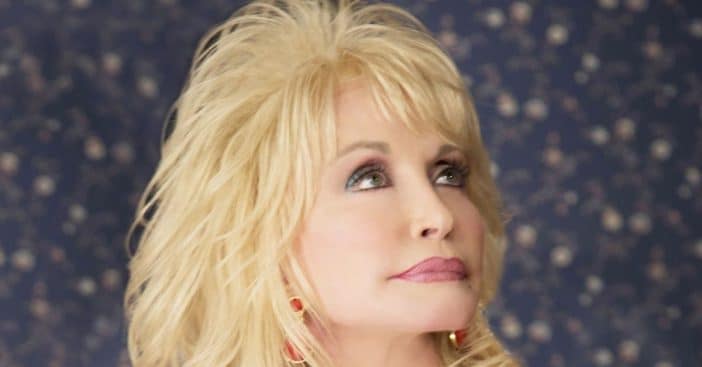 Just like any famous singer, Dolly Parton has gotten a lot of fan mail over the years. She has even gotten letters from men in prison and mental institutions. Back in 1978, she spoke about the letters and how some fans were “kind of frightening.”

It wasn’t just creepy letters, but fans that would get crazy at concerts and even try to break into her home! She admitted that fans would jump her fence. While most people would be very angry, Dolly has a pretty laidback attitude about it.

She said, “That’s not a very polite thing to do, but I don’t get bent out of shape over it. I just figure if it’s that important to somebody, least you can do is try to be nice.” When asked about the letters she said, “I used to get letters from a man who was in a mental institution. He was a big fan but just distorted. It was more perverted than anything else. I kept those.”

Are you a longtime fan of Dolly Parton?

Click for next Article
Previous article: Just In: ‘Mayberry R.F.D.’ Star Arlene Golonka Dies At 85
Next Post: Ron Howard’s Father Rance Had To Tell Him ‘How Babies Are Made’ At Just 5 Years Old