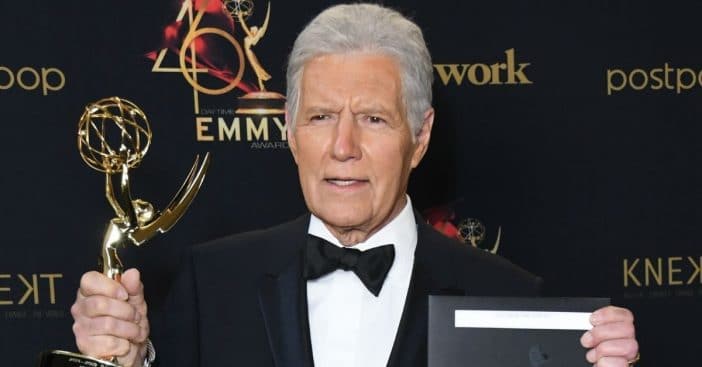 Emmy Award nominations were recently announced. Alex Trebek was nominated for a posthumous Daytime Emmy Award for his last season hosting Jeopardy! Alex hosted the show for decades, starting in 1984. He hosted over 8,000 episodes and received seven Emmy awards for his work on the show.

Alex sadly passed away in 2020 after a battle with stage 4 pancreatic cancer. He continued to host the show right until his death. Fans can find out if he wins his last Emmy award on June 25th when the award show airs on CBS.

After the announcement, the show’s official Twitter page simply said, “We’re honored.” Hopefully, Alex will win as a way to thank him for all of his accomplishments over the years. He is truly missed. As of now, the show is rotating guest hosts until it announces a permanent replacement.

Will you be watching the Daytime Emmy Awards?