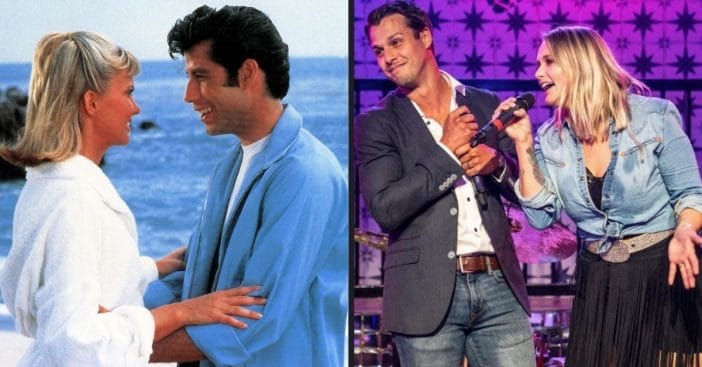 A video recently surfaced of Miranda Lambert’s VIP party to celebrate the opening of her downtown Nashville restaurant. The video showed her singing with a bunch of friends, including her husband on a popular Grease number, “Summer Nights.”

It was a super spirited and fun performance, with some light choreography added in by Lambert. It’s not clear if the two had rehearsed it prior, or are just comfortable with performing together!

Other performers include Darius Rucker, Pistol Annies, Kid Rock, Jon Pardi, and many more. Photos from the event made it look like tons of fun!

Within the last 12 years, fans of Lambert have been gradually getting to know her husband, Brendan McLoughlin. He’s even co-starred in Lambert’s music video for her song “Wildcard” and has been joining her on red carpets as well. The couple recently told Taste of Country that they’re actually working on building a house together.

Casa Rosa Nashville is the name of Lambert’s new downtown Nashville restaurant. It’s located in Nashville’s lower Broadway area, which is the hotspot for tourists. Lambert is the first woman in country to be so closely associated with opening their own restaurant/bar. The establishment reportedly relies on the likeness and input of stars like Luke Bryan, Jason Aldean, Dierks Bentley, and Blake Shelton.

Check out the video of the two performing “Summer Nights” below: