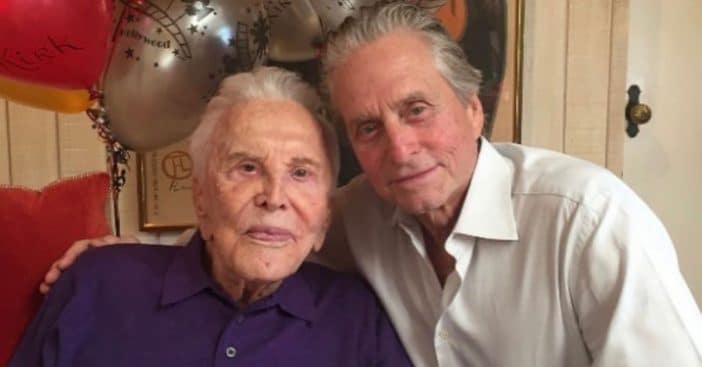 Michael Douglas recently went on Live with Kelly and Ryan to discuss the death of his father, Kirk Douglas, at age 103. It was an incredible interview reflecting on his life, and Kelly Ripa couldn’t help but note that if there was anyone who would live forever, it would of course be Kirk.

“There was a while there for sure that I thought he was,” Kirk says with a small laugh. “He was an extraordinary man, always worked out minimally, 15 minutes in a day, and kept himself in amazing shape. And unfortunately, I’ve just lost his wife, Anne, almost a year later, she just passed away two weeks ago and she was 102.”

Michael Douglas reflects on the death of his late father, the legendary Kirk Douglas

In the interview, Michael also talks about how both Kirk and Anne were extremely generous people and always gave back to multiple charitable organizations. “They were quite a couple,” he says. “And it’s led me to be very supportive of step-parents, she was my step-mother for 63 years… I think we need to hear a little more about all the good things that step-parents do rather than the bad things. There’s a lot of good step-parents out there.”

RELATED: One Year After Kirk Douglas’ Death, Michael Reflects “You Picked A Good Time To Check Out”

It’s evidently been difficult for the whole family to mourn the loss of two wonderful people, but they truly made their mark in life with how they lived and the amazing things they both did.

Click for next Article
Previous article: Classic Films ‘Gone With The Wind’ And ‘The Wizard Of Oz’ Not Part Of Amazon/MGM Deal
Next Post: The Late Alex Trebek Earns Posthumous Daytime Emmy Nomination