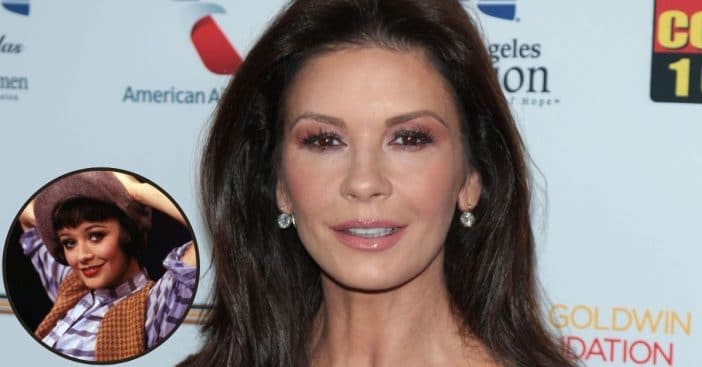 Catherine Zeta-Jones recently caused a stir (in a good way) with fans after she posted a throwback photo with short hair. She really can rock any hairstyle! It was a snap from her time in the musical 42nd Street, back in 1987. She looked absolutely stunning with short hair. Zeta-Jones was just 17 years old when she landed the role of Peggy Sawyer, a role that she ended up playing for two years.

In the photo, Zeta-Jones is dressed in character and is wearing a striped shirt and waistcoat. She’s also wearing an adorable hat that helps accentuate the short hair that also complements her cheekbone structure.

Fans, of course, commented on the gorgeous throwback look with positivity. “This seems like only yesterday!” a fan writes. A second fan says, “So much talent in those eyes.” Another comment reads, “Wow 34 years ago. Where has the time gone?…”

This photo documenting a trip down memory occurred shortly after the actress documented her trip to the doctor’s. She posted a photo getting her skin checked by a dermatologist in honor of Skin Cancer Awareness Month. “Me and Dr. Ellen. Get checked. Skin cancer awareness month,” she captions a photo on her Instagram story as she gets her moles and freckles checked out.

When it comes to her health, Zeta-Jones is pretty on top of it, especially when it comes to cancer. This is likely because her husband, Micahel Douglas, had a cancer diagnosis of his own. He battled throat cancer in 2010 and beat it the following year (thankfully). “It’s weird, I know, but during the whole period of chemotherapy and radiation, it never crossed my mind that I could die,” he told Paris Match, noting he didn’t think death was a possibility for him as a result of the cancer. He ultimately was diagnosed with stage lV cancer and underwent chemotherapy and radiation, to complete avail.