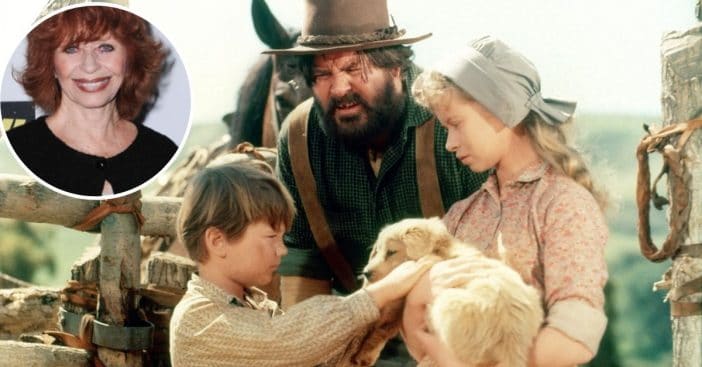 Beverly Washburn was a child star in the 1950s. She is best known for her role in Disney’s Old Yeller and is going to present a lecture called “Beverly Washburn’s Hollywood” very soon! She will share stories from her time filming back in the day. Fox News also sat down with Beverly to ask her some questions before the event.

When she was a child star, Beverly was known in Hollywood for being able to cry on cue! Fox News asked her how she did that. She replied, “I don’t know *laughs*. It’s funny because it seems like almost every role that I ever did, I had to cry. I guess I’ve always been a little bit overly sensitive so it was easy for me to cry. And you just immerse yourself in the situation and what the character was feeling, so I couldn’t help but cry. I pretended that whatever I was filming was actually happening to me and it brought on the tears.”

Beverly Washburn opens up about the Disney classic ‘Old Yeller’

She added, “I just became known as the child actor who cried and made everyone else cry, too! And they were real tears, too. Back then if they needed you to cry for a scene, they would blow something weird in your eyes that would cause you to tear up. Fortunately for me, I never experienced that.” Of course, Old Yeller is one of those movies that makes everyone cry!

Beverly also opened up about filming Old Yeller. She said she loved the role because she was so excited to work with a real dog. The dog’s real name was Spike and she said he was a rescue who could do a lot of tricks!

Beverly also revealed that she is still best friends with co-star Tommy Kirk. They are the only two still alive who filmed Old Yeller. She said they have always stayed in touch and go to dinner together. Beverly said that they were lucky enough to meet Walt Disney while filming Old Yeller and that he was “always a gentleman.” She also said he was “an animal lover and very nice.”

It is so wonderful to hear more about the behind-the-scenes of Old Yeller and that Beverly is doing well!