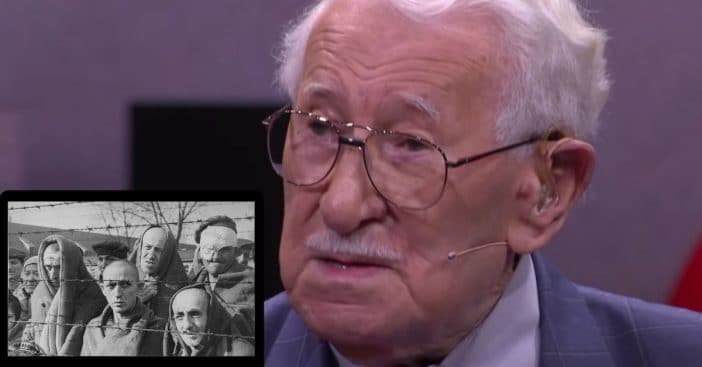 At 101 years old, Holocaust survivor Eddie Jaku calls himself the happiest man on Earth. He has over a century’s worth of life experience and he’s looking forward to teaching other people how to see things in a more positive light. He’s even given a TED Talk and has written a book about his positive outlook philosophy. And, in his 2019 speech, he said that just a smile from “one miserable person” would make his whole day.

“I thought I lived in the most civilized, most cultured and certainly the most educated country in Europe. And I was German first, and German second, and Jewish at home,” Jaku said, referencing his past.

Eddie Jaku has lived, and now wants to live his BEST life for others

It was on November 9th, 1938, when Nazis burned synagogues and destroyed Jewish homes, stores, and other property. Jaku himself actually returned home from boarding school to an entirely empty home. That following morning, he was taken to Buchenwald, one of the first concentration camps.

RELATED: Holocaust Survivors Celebrate 73rd Anniversary Together Before One Of Them Passes Away

Thankfully, through the years, Jaku and his family were able to reunite, escape, and live in hiding together. However, in 1943, they were found, arrested, and sent to Auschwitz. “I was finally transported to my hell on Earth, Auschwitz,” Jaku remembers. “My parents and my sister were also transported to Auschwitz, and I was never to see my parents again.”

More than 6 million Jews were killed in the Holocaust, and in 1945, Jaku was about to be one of them. He was sent on a “death march” but managed to escape into the wilderness. He was rescued in June of that same year. “What I have seen, it is incredible,” he says. “I tell this to people, but they don’t want to believe it.”

After the war, he was pretty much miserable until he met his soon-to-be wife, Flore, and started a family together. “Eighty years ago, I didn’t think I will have a wife and children and grandchildren and great-grandchildren. And this is a blessing.”

He holds no bad blood for anyone

Even after everything Jaku has been through, he said he doesn’t hate anyone for anything that happened. “Hate is a disease that may destroy your enemy, but will also destroy you in the process,” he said during his 2019 TED Talk. “Where there is life is hope. If there’s no more hope, you’re finished… Friendship is priceless. Shared sorrow is half sorrow, but shared pleasure is double.”

Over the course of his life, he’s learned that life is beautiful because he made it beautiful. “I want to make this world a better place for everyone,” Jaku says. “I want everyone to take a step back and say ‘We are here for all of us.'”

Check out his most recent TED Talk below: