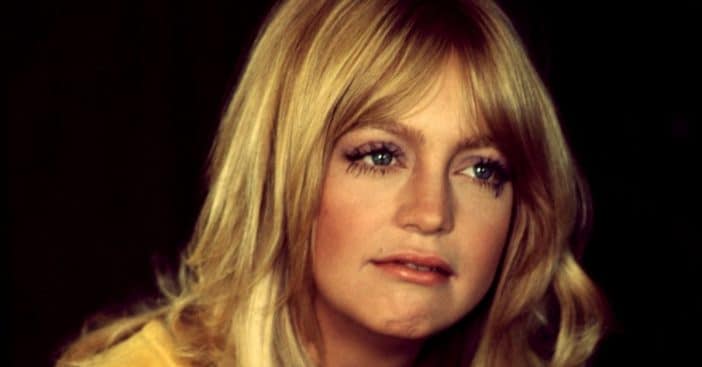 Goldie Hawn is opening up about dealing with depression at the start of her career in Hollywood. She recently talked about her depression on the talk show Good Morning Britain. It all happened when she was 21 years old and was just starting to see success.

Goldie admitted, “I was 21 and I was rising to success. I know it sounds terrible, but it’s a very, very difficult thing – I didn’t necessarily want that. Now in doing so, I was very depressed. And I had a lot of these issues where I couldn’t even go outside in public. This is something I worked through. I went to a doctor. I went to a psychologist.”

It became difficult because Goldie wanted to pursue a career in dance but she wasn’t ready for how quickly her life would change. She moved to California in 1966 and soon became one of the most sought-after actresses. Goldie got her start in the NBC comedy sketch show Rowan & Martin’s Laugh-In. Eventually, she moved on to acting in films and has three children.

RELATED: Goldie Hawn Admits She Cries 3 Times A Day Over Concern Of Others During Pandemic

Ultimately, her experience with depression helped her launch an organization to help children with mental health issues called MindUP.

The 75-year-old added, “So, for every one of us, we may have a different reason why we feel low, depressed, anxious… a lot of these things. If you really are unhappy, we do need to be able to tender ourselves and go to a doctor. Don’t be embarrassed. Mental health is real… we never [should] be ashamed to say, ‘I’m feeling sad.’”