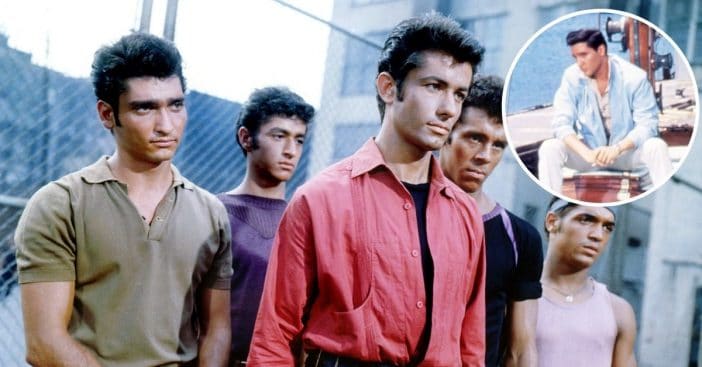 George Chakiris often speaks about West Side Story. He is best known for playing Bernardo in the 1961 film. A revival of the movie is in the works right now, starring Ansel Elgort as Tony and newcomer Rachel Zegler as Maria. In addition, George also released a memoir called My West Side Story.

In a recent interview, he opened up about the rumors that Elvis Presley wanted to star in West Side Story but his manager Colonel Parker said no. George said he didn’t think that was true, but Elvis was in the running for the role of Tony. Elizabeth Taylor was also considered for the role of Maria.

Ultimately, the roles went to Richard Beymer and Natalie Wood. George revealed, “I personally think it’s just a rumor that caught some kind of life over the years. It’s my understanding that Elvis didn’t want to do ‘A Star is Born’ so I can’t imagine that he would want to do ‘West Side Story.'”

George also hopes that younger generations will watch the 1961 film and fall in love with the story. He said, “‘West Side Story’ is a wonderful creation and it continues to have a life because there are many elements in it that we can identify with today. And there really is such joy in the film. With everything that we’ve experienced in the past year, I think we can use some joy. And I hope we can accomplish that for younger viewers. It’s very gratifying.”

Click for next Article
Previous article: Christie Brinkley And Her Daughters Model In New Ad Ahead Of Mother’s Day
Next Post: A Series About Pamela Anderson And Tommy Lee Is In The Works