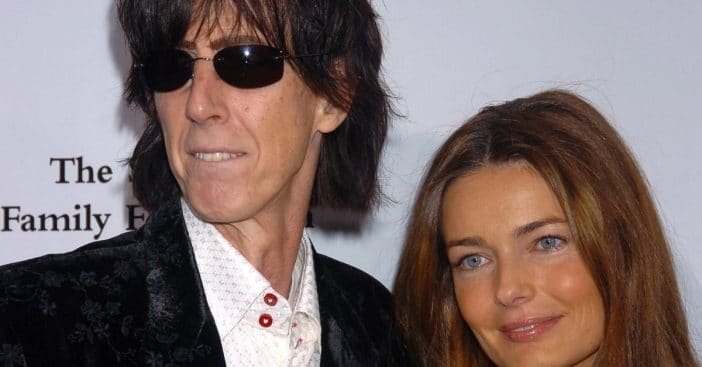 Paulina Porizkova’s ex-husband Ric Ocasek passed away in 2019. He was best known for being the frontman of The Cars. Paulina has shared several updates on her grieving process. Even though they were separated, they still cared for each other a lot and she helped him during his final days.

Paulina said, “People would speak to me and I couldn’t understand them; it really felt like people were speaking a totally different language. And this is of course when you have to deal with lawyers and deal with money and accountants and figure out what’s supposed to happen and then make decisions about this and that — and I remember thinking, ‘I don’t even know what you’re saying, so how can you expect me to make any sort of a decision?’”

She admitted that she still cries every day, though she has moved on and is in a new relationship. Just a few weeks ago, she appeared on the red carpet of the 2021 Oscars with Aaron Sorkin. They reportedly started dating a few months ago.

Paulina added, “I know it looks like my life is now perfect; living in a lovely apartment, just featured on the cover of Vogue, attending the Oscars with my man… I’m immensely grateful for all the new and beautiful gifts I’m receiving from life. And yet, I still cry. Almost every day. And although I desperately want to feel and only focus on the hope and possibilities that are still ahead- sometimes I just can’t.”

While she still gets sad, she said that her broken heart is mending. Wishing her all the best!

In conclusion, watch the music video where Paulina and Ric first met:

Click for next Article
Previous article: Prince Philip’s Cause Of Death Released By Royal Physician
Next Post: This Is Why The Carters Look Shockingly Small In New Presidential Couple Picture