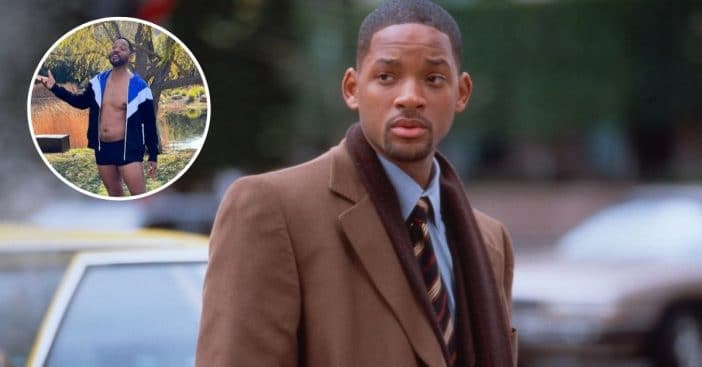 Will Smith recently shared a photo of his body that shocked many fans. In the photo, he is shirtless and wears tight shorts, a track jacket, and slippers. Standing by a pond and wearing a goofy grin, he wrote, “I’m gonna be real wit yall – I’m in the worst shape of my life.”

He also opened up in the Facebook Watch Series called Bucket List. He said he often feels insecure about his body because he is used to be in such great shape for his movies, including Suicide Squad.

Will Smith feels a little insecure about his body these days

Will said, “I think of all the bucket lists, this is the one I’m most concerned about. Like, in my deepest honesty with myself, I really am not sure if I can run 13 miles. Being this far out of shape is kind of a little bit new for me. I didn’t drink for over a decade.”

He continued, “During my rise as a movie star, I was, like, wildly disciplined, so being in this place in my life, even something as simple as taking my shirt off while I’m out of shape, like, you know, this for me now allowing myself to be seen less than optimally is new.”

Even though he seems a bit insecure, he is still joking around by the looks of his face in the photo. Many of his celebrity friends and fans commented nice words to make him feel a little better. One comment read, “You’re Will Smith!! You can be in whatever shape you want”

At the time of posting, Will has almost 53 million fans on Instagram!