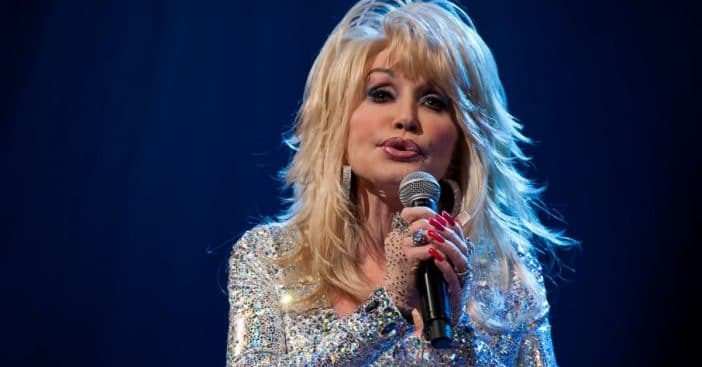 One fan apparently cussed out Dolly Parton for singing the song “Me and Little Andy” in a nightclub. The song came out in 1977 on the Here You Come Again LP. It’s known as one of Parton’s famously sad songs, and many fans noted that it didn’t really fit on the rest of the album – even Parton herself noted this.

“This was an odd song to be putting on a pop album,” she writes in her 2020 book Dolly Parton, Songteller: My Life in Lyrics. “A lot of people said, ‘That is so out of place.’ I said, ‘Well, I was just trying to get some of my own songs on that record.’ And I love performing that little song.”

Parton continues to say that she enjoys playing the character in the song, however. “It’s a sad story, but I think people get a kick out of me doing my little-kid voice when I sing, ‘Ain’t ya got no gingerbread? Ain’t ya got no candy? Ain’t ya got an extra bed for me and Little Andy?’” she writes.

RELATED: Who Does Dolly Parton Give Credit To For Her Entire Career?

As such, she would sing the song while on the road quite a bit. This is how she got into a situation where an unruly fan cussed her out “big time.” She says, “I remember once we were in Las Vegas, and I had it in my act… This guy in the audience hollered out, ‘Don’t sing that damn song in a nightclub! It’s bad enough that the kid died! Did you have to kill the damn dog, too?’”

Probably happened for a good reason!

Parton further reflects on what the man said to her. “Well, maybe he’s right. Or maybe he’s the daddy in the song who’s drunk again.” Despite anything, she removed the song from her nightclub act, and agreed to not sing the song “where people drink.” Probably a safe option.

“I thought, ‘It’s hard enough for regular people who ain’t drunk to deal with some of the sorrow that I throw at ’em,’” she wrote. “Some people want to kick my a*s for writing such sorrowful songs. That guy cussed me out, big time.”