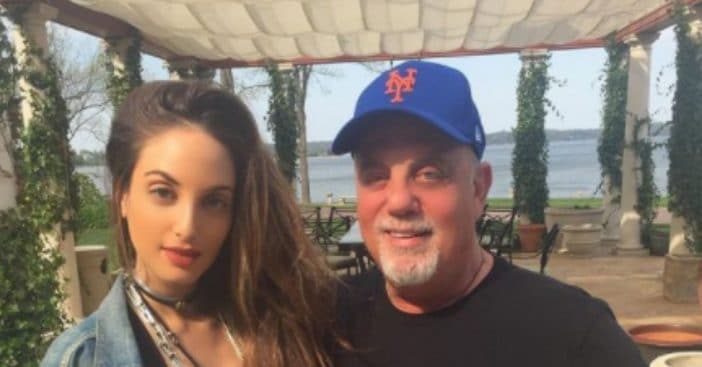 Alexa Ray is following in her father’s footsteps and he couldn’t be prouder. Alexa Ray is the daughter of Billy Joel and Christie Brinkley and has some incredible genes! She is working on her solo career and just released a new track called “Seven Years.”

She said that her dad had the sweetest reaction and revealed, “He called me right away. He’s pretty low-key, but he was like, ‘Honey, this is great!’ And I said, ‘Oh you kind of sound more like my mother. So enthusiastic!'”

Billy Joel is so proud of his musician daughter Alexa Ray

Alexa Ray said her father certainly inspired her to pursue a music career and her mother taught her the confidence to go for it. She said her mom taught her to embrace who she is and learned some very good skincare, makeup, and styling tips from the famous supermodel!

She added, “She’s really the most stylish woman I know. I’m just trying to keep up!” Listen to “Seven Years” below: