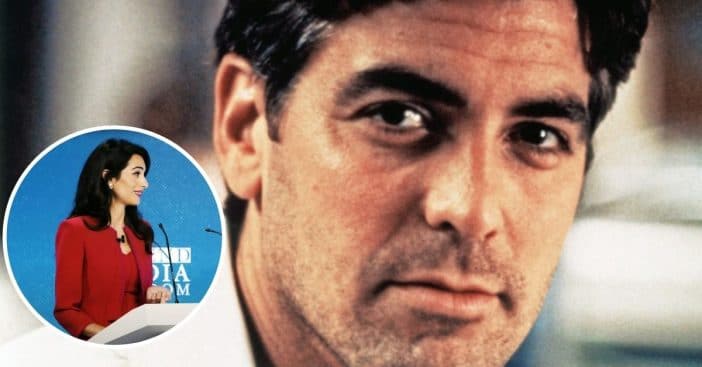 George Clooney recently reunited with some of his ER castmates for a virtual fundraiser. In the interview, he joked around about his wife, Amal, watching ER. He joked that it has “been a disaster” for his marriage because his character was such a player!

George admitted that Amal watching ER has been a “disastrous thing for me, because I forget all the terrible things I did as Dr. (Doug) Ross.” He added, “My wife keeps going, ‘Is that it? Are you done? Season 3, do you settle down with nurse Hathaway?’ And I’m like, ‘Yeah I think so.’ It was like: Not! It’s been a disaster for my marriage.”

During the reunion, the cast also reminisced about times on the set of the show. Reportedly, George loved to prank his co-stars on the set! Anthony Edwards (Dr. Greene) said, “That’s the best memory of ‘ER’ is that we laughed so much. We were always laughing. I think because the subject material was so heavy that we were always looking for ways to laugh.”

RELATED: George Clooney Talks The Reality Of Having Twins In His 50s

One of the pranks was that they would put Vaseline on a telephone before someone had to use it for a scene! Yuck. It was great for the cast to get together again, even virtually. The reunion raised money for Waterkeeper Alliance, a group that helps make clean water accessible all around the world.

Watch the reunion below:

Click for next Article
Previous article: Tom Jones Discusses Healing After Losing Wife Linda To Cancer, Her Final Wish To Him
Next Post: We May Not Have Wi-Fi If It Weren’t For ’40s Actress Hedy Lamarr