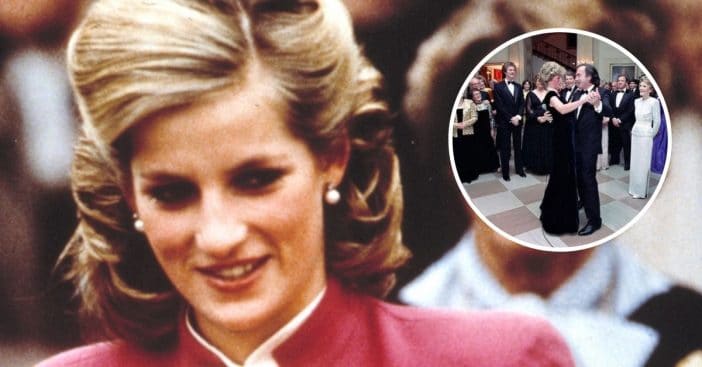 Some of the most iconic photographs of Princess Diana were taken during her visit to the White House in 1985. While many remember the photos of her dancing with actor John Travolta, there was another star she danced with that evening. Former White House photographer Pete Souza shared his thoughts on the event.

Pete shared a photo of Princess Diana dancing with singer Neil Diamond. He said that you could see her blushing while dancing with him! Pete wrote, “After posting my photograph of Diana and John Travolta yesterday, many of you had asked to see a picture of her dancing with Neil Diamond. Accompanied by the military band, Neil sang a few of his songs.”

He continued, “I distinctly remember him singing, ‘You Don’t Bring Me Flowers.’ My recollection–and I can’t be sure this is correct–is that he continued singing this song as he danced with her.⁣ The one rock-solid remembrance I have is that Diana was visibly blushing when she danced with Neil. In the photograph, you can see that her cheeks are a bit red but in the moment it was even more obvious.⁣”

John Travolta also recently talked about dancing with Princess Diana. He admitted that Nancy Reagan was the one to suggest that they dance together and that dance was like a dream! Many people envy Princess Diana not only for her dance partners but her beautiful gown that evening. The dark blue velvet gown now resides at Kensington Palace.

Do you love the gown that she wore that evening?

Click for next Article
Previous article: Woman Charged With Felony For Not Returning VHS Tape — She Only Just Found Out
Next Post: KISS Frontman Paul Stanley Defends Child’s Painting After Teacher Disapproves Of It