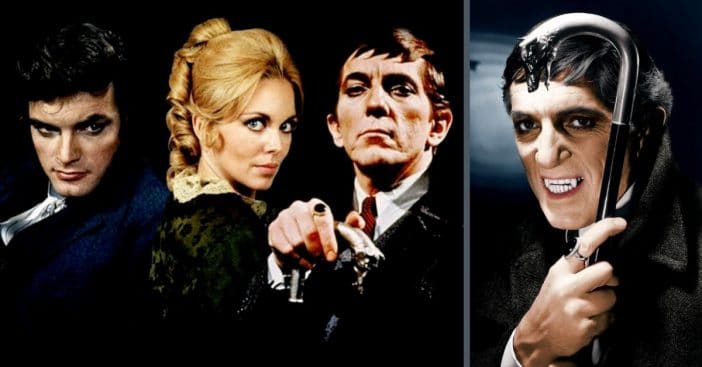 Yes, you can watch the original Dark Shadows show that ran from 1966 to 1971 completely for free online right now. The show follows the lives of the chaotic Collins family of Collinsport, Maine, where a number of supernatural occurrences take place. While the show mainly focused on vampire Barnabas Collins, the show also included other supernatural creatures such as ghosts, werewolves, zombies, man-made monsters, witches, and more.

The original show was so successful that it went on to have revivals and reboots, including the 2012 film with Johnny Depp. There was also a 1991 TV series, a 2004 TV pilot, and most recently, the CW announced in 2019 that they would be developing a new show called Dark Shadows: Reincarnation.

Right now, you can stream Dark Shadows on Pluto TV completely for free (but there’s no telling when this option will end). One thing to note is that it does not include the entire show, and that season 1 actually begins with episode 210. Alternatively, the show is also streaming for free on Tubi right now.

RELATED: Do You Remember The Barnabas Collins ‘Dark Shadows’ Board Game? It Was Pretty Disgusting!

Dark Shadows has gone on to become one of the most influential vampire shows of all time. Perhaps without this show, we may not have seen future vampire shows and films that have also taken off in popularity such as 1994’s Interview With the Vampire starring Brad Pitt and Tom Cruise or even the popular Twilight saga. It’s no wonder why the original show was ranked #19 and #23 on TV Guide‘s Top Cult Shows Ever 2004 and 2007 respectively.

Click for next Article
Previous article: John Stamos Shares Story Of How He Appeared In A Beach Boys Music Video
Next Post: Cameron Douglas Gets Honest About Growing Up With His Father Michael Douglas