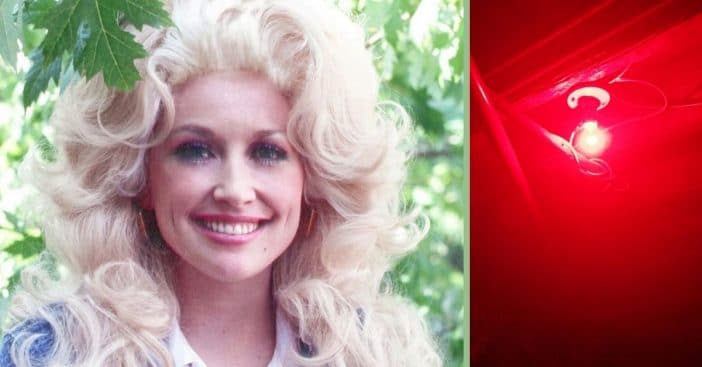 Both Dolly Parton’s uncle and boyfriend once made her take down some trailer decor that signaled she was a sex worker back in the day. She writes about this whole situation in her 2020 book Dolly Parton, Songteller: My Life in Lyrics. Now, if you think about it, Parton has written a lot of songs about a wide range of people; people who are orphans, alcoholics, gamblers, ghosts, hermits, and outlaws.

That includes her song “My Blue Ridge Mountain Boy,” which she says is about: “a girl whose dream was to get out of the country. She didn’t leave to become a prostitute, but that’s what she wound up doing in order to make a living. She thinks she’s going to go out and do so much with her life, but it doesn’t work out. She keeps missing the boy she left behind, and it is too late to go back home.”

Another famous song of Parton’s that features a sex worker is “Mama, Say a Prayer,” which is also mentioned in her new book. “Dolly sings from the point of view of a prostitute far from home,” an excerpt reads. “In reality, young Dolly didn’t really know much about such women. This became clear during one of her early Christmas seasons in Nashville.”

“It was Christmastime, and I was kind of new in Nashville,” she writes. “I was living in this old trailer of Uncle Bill’s out on Murfreesboro Road. I felt like decorating so I put a big red light over the door. No other Christmas lights, just a big red light on the door, ha!”

Warnings from her then-boyfriend and uncle

Apparently, this symbolized that Parton herself was a sex worker, and she had no idea! “I didn’t realize that prostitutes put a red light over their door!” she said. “I guess in the old days, that’s how you would know that was a house to stop at for that. But I was young; I didn’t know.”

Her then-boyfriend (now husband) Carl Dean and her Uncle Bill both warned her about this. “Uncle Bill was in and out, working on the road, and I was dating Carl,” Parton writes. “Well, both Carl and Uncle Bill came home, right after each other, bam-bam. They were always scared to have me living by myself anyway.”

“When they both saw that light, they were horrified. They went, ‘You’ve got to take that down right away! People are going to come here with the wrong idea.’ I thought about saying, ‘How do you know it’s the wrong idea? Maybe you don’t know what I’m all about.’ But I didn’t, and I had to take it down.”

Click for next Article
Previous article: Sources Claim New Tina Turner Documentary Glosses Over Her Time As An Absentee Mother
Next Post: Earl Hamner Jr. Wanted All Of The Waltons To Have The Same Hair Color