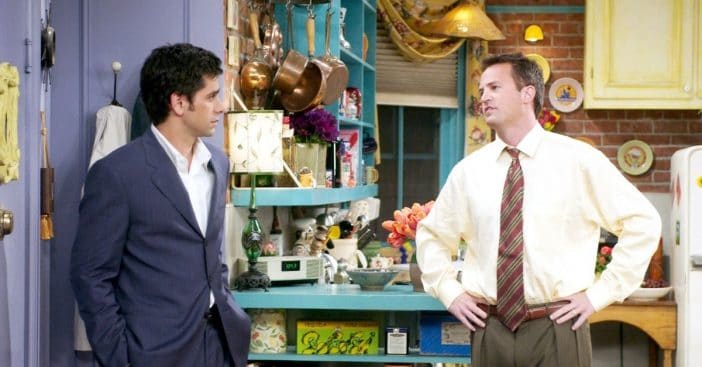 John Stamos had way higher hopes for his guest appearance on Friends. By the time he appeared on Friends, he was already well-known for his role as Jessie Katsopolis in Full House. Friends and Full House were actually filmed on the same lot.

John was a huge fan of Friends so he was very excited to get a guest-starring role on the hit series. He appeared in the episode “The One with the Donor” during the show’s ninth season. He plays a man asked over for dinner by Chandler and Monica. However, he doesn’t know he is actually being interviewed to be their sperm donor.

John Stamos wasn’t really happy with his appearance on ‘Friends’

John recently shared more about his experience on the show. He said, “The show was shot on the same stage as ‘Full House’…they said you come in here and you hold for applause and then you take your moment and move on and Matt Perry was like, ‘Oh man, they’re going to be excited.’ I open the door and I walk in and silence, Matt just says the line and we move on.”

He continued, “I remember being sort of heartbroken, they were all waiting for the people to clap in the audience and they didn’t.”

Guess the audience wasn’t filled with Full House fans! Listen to John talk more about his experience below: