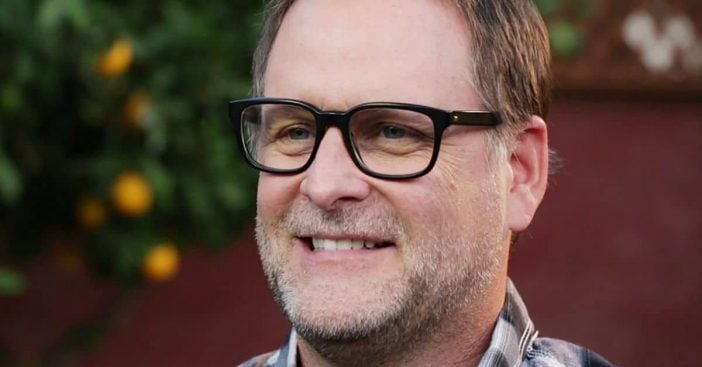 Actor Dave Coulier is best known for his role as Joey Gladstone on Full House and Fuller House. While some stars hate being typecast in one character, Dave loves it. He said he never wanted to get away from the character and was so excited to play Joey again in the Netflix reboot.

Fuller House has now ended and Dave is looking for new projects. He is also a standup comedian, but his tour plans were canceled due to the coronavirus pandemic. In the meantime, he has been renovating his home in Michigan with his wife, Melissa Bring. He has also been working on a new television series called Uncle Dave’s Laugh Emporium.

Dave Coulier from ‘Full House’ is working on a new show

In addition, he says that he wants to build another home, produce more family television, and keep doing standup comedy. Dave said, “I really feel as though there’s a void for quality programming for families — shows like Full House. I created a show called ‘Uncle Dave’s Laugh Emporium.’ It’s kind of my version of ‘Pee-wee’s Playhouse.’ And so I’m with a new company called InventTV. We’re going out and doing pitches with that show.”

He also talked about his standup comedy tour dates. He said, “I was doing a lot of college dates. I also had a tour of 24 U.S. Air Force bases that was postponed, but we hope to start again in March of 2021.”

It is great to hear that Dave is doing well and we can’t wait for his new projects to come to fruition!