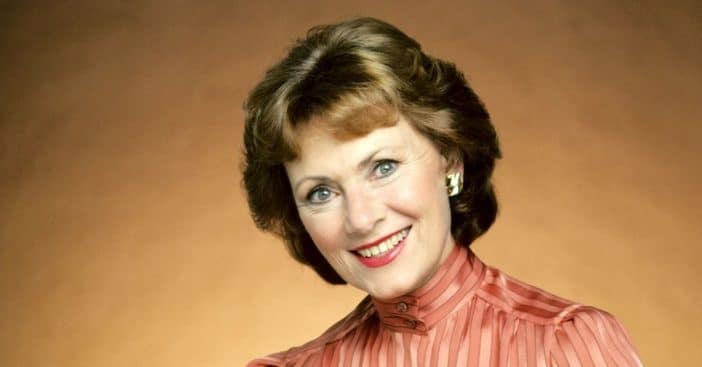 Marion Ross is best known for her role as the matriarch in Happy Days but she has appeared in many other films and television shows. Unfortunately, she has had her share of creepy and awful auditions while looking for work! She opened up about one particularly creepy audition she had during the start of her career.

Before Marion was cast in Happy Days, she was just ending her college studies and wanted to be an actress. She was working as a waitress and one night a man gave her his business card. She recalled, “I was finishing up college at UCLA and I was working as a waitress when this man comes over to the kitchen area (after finding out I wanted to be an actress) and gives me his business card. He says, ‘Come see me.’ On the card it said Studio B, so I thought, ‘Wow! Studio B!’”

Unfortunately, Studio B meant his apartment! He tried to put the moves on her. She said, “And he said, ‘Well, if there are 10 girls all lined up for the same part, which one do you think they (the producers) will choose?’”

She continued, “I said, ‘Well, the one they like the best!’ And he said, ‘Well, why would they like one better than the others?’ Well, this took me forever to figure out his meaning. Once I realized what he meant, I punched him in the shoulder and said, ‘You have no character!’”

Luckily, Marion got away from that creep and learned a very valuable lesson. Just a year later, she was signed with a studio and started her career. Alls well that ends well!

Click for next Article
Previous article: Whatever Happened to Dolly Parton From ‘Steel Magnolias’?
Next Post: How George Lucas Kept Beloved Looney Tunes Alive After They Inspired His Dreams