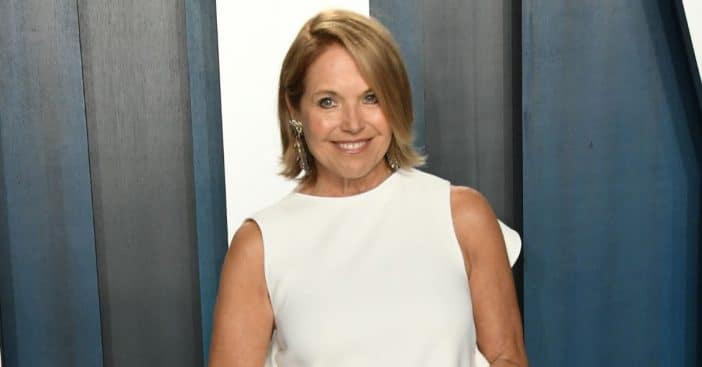 Katie Couric has opened up about the biggest psychological drain that retired people are facing right now, and how she plans to help those people overcome it. Katie Couric is 64 years old and is showing no signs of slowing down – but she knows at some point, it will happen. So, what is the biggest psychological drain for people who are retired or planning to retire? Financial preparedness.

This kind of thinking led her to Rhian Horgan, who is a finance industry veteran who left JP Morgan after 17 years to become an entrepreneur. After years of watching her own parents struggle with financial preparedness and navigating social security elections, Horgan decided the current resources just weren’t cutting it.

The biggest psychological drain for retirees: financial planning and preparedness

“You probably think about social security as a tax in your paycheck,” says Horgan. “But, it’s more than half of most Americans’ retirement income on a monthly basis. There’s this complex set of math you’ve got to go through to figure out your benefit, and there’s actually this cottage industry of 300-page books that will teach you how to make your election. I looked at this and thought, 300 pages to figure out your fundamental government benefits?”

She continues, “The vast majority of technology has been built to serve a younger consumer,” she says. “And for some reason, if a consumer is over the age of 50, the tech community today generally believes you’re old, and you don’t know how to use your phone or a computer. The reality is that Baby Boomers are very tech savvy. Eighty percent of them are on social media. Eighty percent have smartphones. They just navigate technology differently.”

Katie Couric’s message to those struggling

So, when Horgan left JP Morgan in 2017 and launched her own platform called Kindur, it was a no-brainer for Couric to become one of the leading promoters of the platform – since it’s a platform that gives users a comprehensive view of their retirement savings, expected social security benefits, and more helpful tips.

Couric herself has advice, specifically for women, who are facing this kind of headache. “Don’t be afraid to try something new— age is just a number! I want all women to be fearlessly ambitious. I started Katie Couric Media and my newsletter, Wake-Up Call, when I was in my 60s,” she says, according to Entrepeneur.com. “The goal was to provide readers the news they need to know — away from all the noise and misinformation. I think that mission is more important now than ever, and I’m proud of what I’ve accomplished. At an age when most people think it’s time to slow down, I’m just getting started.”

Click for next Article
Previous article: Dwayne “The Rock” Johnson Plays With The Idea Of Presidency
Next Post: Costco Food Courts Are Going Back To Normal Soon