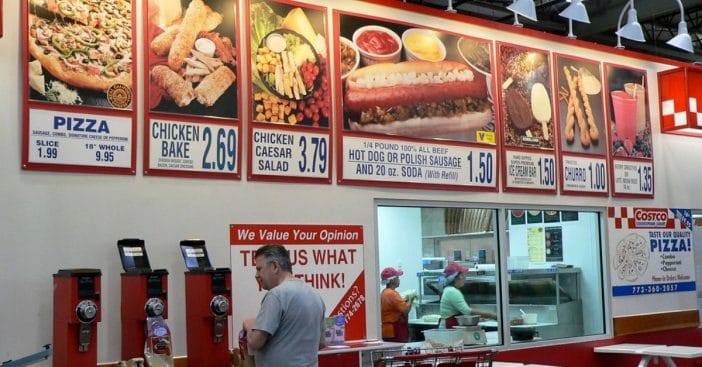 Costco has confirmed that it will take some time but eventually, their iconic food courts will be back to normal. During the pandemic, many Costco food courts shut down seating areas and began offering a very limited menu. Items have slowly been returning and some outdoor seating areas have returned.

Costco’s Chief Financial Officer Richard Galanti confirmed that the food courts will make a comeback. The food court at Costco locations offers food at a very good value. In fact, the food court isn’t really even supposed to make money for Costco since it is considered a member perk.

Costco food courts will be making a comeback soon

Richard said, “The food courts work. They’re one of the things we’re known for. We’re pleased that they’re coming back.” The Costco hot dog has been offered for $1.50 since the store’s inception and they have no plans on raising the price. As for the items making a comeback, ice cream, smoothies, and churros are set to return soon.

RELATED: Costco Is Getting Rid Of In-Store Photo Centers

Costco has also released this statement about samples and product demonstrations. The statement read, “Club Demonstration Services is in the process of returning to our warehouses around the world. This process will be managed with CDC and local health department guidance in each region where we do business. Based on these guidelines, product demonstrations may look different in different regions.”

Are you excited for Costco food courts to go back to normal soon? What’s your favorite item on the menu?