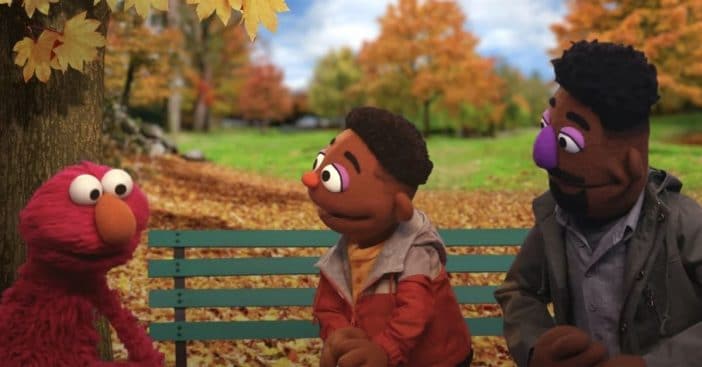 Sesame Street is officially adding two new Black muppets to the show in order to help children understand racial literacy. The new muppets are a father-son duo named Wes and Elijah. The two were introduced in a short video produced by Sesame Workshop, which is a nonprofit educational organization behind the show.

In the video, Elmo wants to know why Wes’s skin is brown. Father Elijah explains the concept of melanin, and how “the color of our skin is an important part of who we are.”

Sesame Workshop’s Senior Vice President Dr. Jeanette Betancourt has released a statement following the additions to the Sesame Street show and how it’s vital for children’s upbringing. “At Sesame Workshop, we look at every issue through the lens of a child. Children are not colorblind — not only do they first notice differences in race in infancy, but they also start forming their own sense of identity at a very young age,” she says.

“By encouraging these much-needed conversations through Coming Together, we can help children build a positive sense of identity and value the identities of others.”

A press release notes that the series is now “rooted in extensive research and consultation with experts to develop a groundbreaking racial justice educational framework and curriculum” specifically for children. They add that these resources will be available in both English and Spanish and will be “distributed through a wide range of national and community providers.”

What’s a shocking find is that the topic of racism was “top of mind for nearly half the children surveyed,” according to a survey conducted by Sesame Workshop. Additionally, the majority of parents surveyed said they would be comfortable with their children learning about race and racism in the media, books, or school.