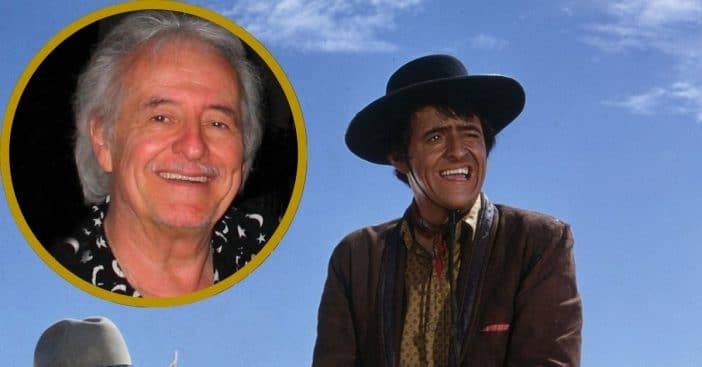 Henry Darrow, famous for his role as Manolito Montoya in The High Chaparral, died on Sunday, March 14. He was 87. His publicist announced the actor’s passing via Facebook on Monday.

In addition to The High Chaparral, Darrow worked on titles such as Harry O and Santa Barbara, and others. His TV stardom came about after he was discovered cultivating his on-stage presence. Darrow officially retired in 2012.

The life and career of Henry Darrow

We honor the career and achievements of Henry Darrow, the pride of Puerto Rico and a SAG Board member from 1970-73. Our condolences go out to his family. #sagaftramember since 1958.https://t.co/C1xO6ObOwx

Henry Darrow was born as Enrique Tomás Delgado Jiménez in 1933. During his youth, he moved between New York, Puerto Rico, and California. There, he began cultivating a career in acting. At one point, he performed an onstage production of Ray Bradbury’s The Wonderful Ice Cream Suit, People writes. There, David Dortort first saw him in action and the two discussed what would become The High Chaparral.

“I said, ‘I’d like to speak in Spanish and that I would learn Indian sign language,'” Darrow recalled. “I said, ‘I’m ready to read for the part.’ And David Dortort replied: ‘You don’t have to. You’ve got it. You talked us into it.'” The High Chaparral is an action-adventure drama set during the 1870s and starred Leif Erickson, Cameron Mitchell, and Henry Darrow. The show enjoyed worldwide screening throughout hits four seasons and made Mitchell and Darrow breakout stars. Show creator David Dortort also helped create Bonanza.

“I just learned that my long line publicity client, Henry Darrow, has passed away at age 87,” posted publicist Michael B. Druxman. “Rest in peace, my friend. You will be missed.” This joins a post by the official page belonging to the SAG-AFTRA account: “We honor the career and achievements of Henry Darrow, the pride of Puerto Rico and a SAG Board member from 1970-73. Our condolences go out to his family. #sagaftramember since 1958.”

Star Trek: Voyager actor Robert Beltran learned of Darrow’s passing and called him “an artist of the highest rank.” He had plenty of time to earn such praise, with a career that spanned from 1959 to 2012 and encompasses dozens of films and hundreds of television episodes. Those shows include sitcoms and dramas alike, from Kojak and The Six Million Dollar Man and The Golden Girls, and Zorro, as the first Latin actor to play the titular hero on TV. But those titles barely scratch the surface of Darrow’s work.

After a remarkable career, Darrow died of natural causes at home in Wilmington, North Carolina. Rest in peace.

Click for next Article
Previous article: Sam Elliott Looks Back On His First Western Film Role
Next Post: ‘The Talk’ Extends Hiatus Until Next Week As More Claims Against Sharon Osbourne Roll In