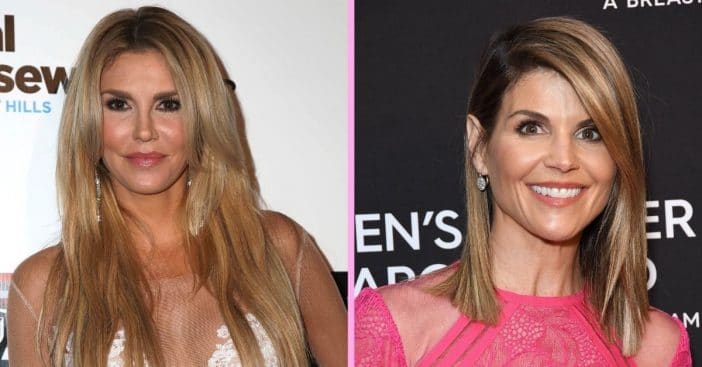 Brandi Glanville mocks Lori Loughlin in a tweet, referencing the college admissions scandal that Loughlin was at the center of the last few years. In a tweet, Glanville says her son got accepted into ‘USC’ and didn’t have to fake anything or bribe anyone to get him in.

“Amazing news my baby got accepted to the University of Southern California and I didn’t even have to fake any rowing pictures or bribe anyone,” the full tweet says.

Hours later, she followed up with another tweet after it was met with a bit of backlash. “Was making a joke about the rowing team & bribes cuz my baby did it all on his own & I’m proud of him. Should have proofread my tweet though, he got accepted to a University **IN** Southern California. Will share the school at a later time. Sorry 4 the confusion #ProudMom.”

Loughlin was released from prison in December 2020 after serving her sentence for her role in the college admissions scandal. She and her husband, Mossimo Giannulli, were found guilty of bribing USC heads to allow her daughters admission into the school. Mossimo is currently still serving his own sentence.

Loughlin’s daughter, Olivia Jade, recently fired back at someone online who asked “How’s collage,” obviously spelling “college” wrong, but Jade decided to focus on the typo instead of actually addressing her time in college. “Thank you for asking. It’s pretty good. I actually love collaging. I’m working on this really f—— sick scrapbook that I have to show you guys soon. It’s chef’s kiss, beautiful work I’ve done,” she sarcastically responds.