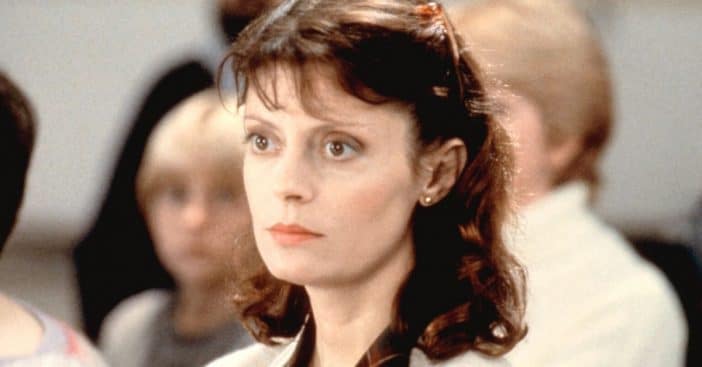 Susan Sarandon was only married once when she was very young. She admits that she never even wanted to get married in the first place. She only got married to avoid being kicked out of her Catholic University! Susan married Chris Sarandon when he was just 17 years old.

She admitted, “I was in college at 17. We kind of eventually dated. Eventually, my first sexual experience. I was so grateful. I decided to get married, and only because we would’ve gotten kicked out of school. So, we agreed that we would decide every year whether or not to renew. (I) never wanted to get married the first time.”

Susan Sarandon says she will never get married again

After seven years, they decided to split up. Over the years, the 74-year-old has had many other relationships but decided not to get married again. She has one daughter, Eva with director Franco Amurri and two sons, Jack and Miles, with actor Tim Robbins.

Even though it isn’t what Susan wants to do, she said she understands why people get married. “After a while in a relationship, if you get a bunch of kids and a bunch of real estate, and you’ve been together for 27 (years), you do (get married),” she said. “I mean, it’s hard not to take each other for granted…. [I] don’t know it just for me, I, I wasn’t interested in it. I don’t know why my parents were married.”

Susan said she likes to have her own income and her own identity and hopes to pass that message along to her daughter, whether she chooses to get married again or not. Her daughter Eva recently got divorced from former professional soccer player Kyle Martino.

Click for next Article
Previous article: Man Does Crazy Stunt In Hopes Of Saving His Favorite Restaurant
Next Post: Kurt Russell And Goldie Hawn’s Granddaughter Looks So Grown Up Now