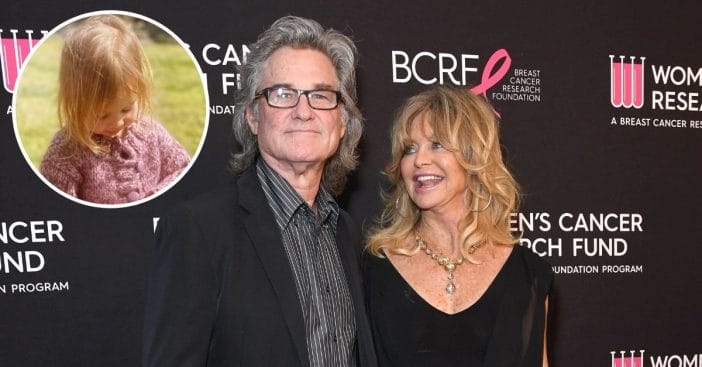 Kurt Russell and Goldie Hawn have a handful of grandchildren. Their youngest, Rani Rose, looks so grown up! She is now about two years old. It seems crazy that those two years have already gone by.

Rani is Goldie’s daughter Kate Hudson’s youngest child. She also has two boys who are now about 16 and 9. Goldie’s son Oliver also has three children, Wilder, Bodhi, and Rio. Little Rio has been known to look just like her grandma in photos!

Kate recently shared a brand-new photo of Rani and she looks so grown up! She is wearing a sweater that Kate made for her. She captioned the photo, “Finally knit my baby girl a “Rani Rose” colored sweater! 💞🧶”

Kate also shared a fun video of Rani getting all excited while her dad eats. She is so adorable… Kurt and Goldie must be so proud.

Click for next Article
Previous article: Susan Sarandon Discusses Marriage And Why She Will Never Do It Again
Next Post: Reba McEntire Shares Behind-The-Scenes Photos From ‘Barb & Star Go To Vista Del Mar’