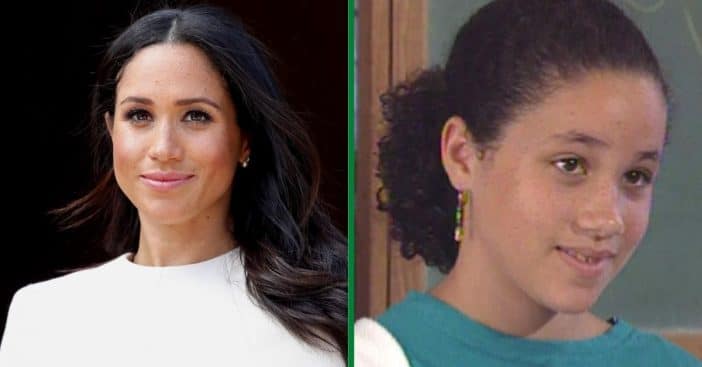 Amid a tell-all interview with Oprah Winfrey with Meghan Markle and Prince Harry, fans are sharing around a resurfaced clip of Markle in 1993 when she was age 11. The clip originally aired on a 1993 Nickelodeon program, addressing sexist advertising after her social studies class was given an assignment to watch TV commercials and see if they could recognize any subliminal or underlying messages.

A commercial that apparently stood out to Meghan was a dishwashing detergent ad that implied women are the only ones who should keep the household clean.

“I don’t think it’s right for kids to grow up thinking these things — that just Mom does everything,” she says in the resurfaced clip. “It’s always ‘Mom does this,’ and ‘Mom does that.’”

A post shared by O, The Oprah Magazine (@oprahmagazine)

During a 2015 speech at a U.N. Women’s conference, she detailed the situation that sprung from that exact resurfaced clip. “When I was just 11-years-old, I unknowingly and somehow accidentally became a female advocate,” she says at the time. “I realized in that moment the magnitude of my actions.”

“I had created my small level of impact by standing up for equality.” A lot of people have been rallying around Markle in support lately, especially since she was recently accused of bullying her Royal staff in 2018. Her close friend, Lindsay Jill Roth, stood up for her Royal friend in a social media post, saying, “Meg’s M.O. has always been kindness; goodwill runs in her bones. I know this to be true after 22 years of very close friendship. I have seen firsthand how she treats her friends and their families, and her colleagues.”

“A powerful woman with a deep sense of morality”

Meghan Markle and I spent the better part of a decade working together on Suits. From day one she was an enthusiastic, kind, cooperative, giving, joyful and supportive member of our television family. She remained that person and colleague as fame, prestige and power accrued.

The support continued from her former Suits co-star Patrick J. Adams, who worked closely with Markle in her acting days. “From day one she was an enthusiastic, kind, cooperative, giving, joyful and supportive member of our television family. She remained that person and colleague as fame, prestige and power accrued,” Adams writes.

“She has always been a powerful woman with a deep sense of morality and a fierce work ethic and has never been afraid to speak up, be heard and defend herself and those she holds dear… Like the rest of the world, I have watched her navigate the last few years in astonishment.”